By Andrew Hay (Reuters) - U.S. military helicopters on Tuesday plucked dozens more campers, hikers and locals from the path of a raging California wildfire, with one pilot describing conditions as more dangerous than combat 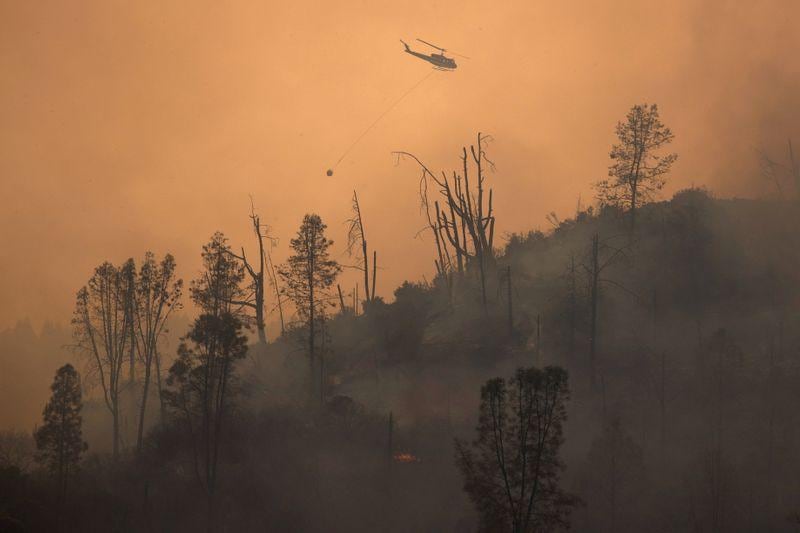 (Reuters) - U.S. military helicopters on Tuesday plucked dozens more campers, hikers and locals from the path of a raging California wildfire, with one pilot describing conditions as more dangerous than combat.

California Army National Guard Chinook and Black Hawk helicopters were flying into dense smoke, sometimes landing within 50 feet (15 m) of flames while an extreme wildfire burned through a dead forest in Central California.

Crews have airlifted around 360 people and 16 dogs since a firework at a gender-reveal party sparked the Creek Fire in mountains 35 miles (56 km) northeast of Fresno on Saturday.

Kipp Goding landed multiple times at a campsite where people gathered on a lake dock as everything around them burned, filling his UH-60 Black Hawk helicopter to capacity.

“Every piece of vegetation you could see as far as you could see around that lake was on fire,” Goding, an Army National Guard pilot, said on a video call.

He told two people on his last landing that it was their final chance to go, but they chose to stay with their motor homes.

Two helicopter pilots have died since mid-August fighting wildfires in California and Oregon and Goding said the missions were worse than getting shot at in combat.

"The added stress and workload of going in and out of that fire is definitely by far the toughest flying I've ever done," said Goding, who has flown 25 years for the Army.

Pilots are flying at night using night vision goggles to see through dense smoke that during the daytime can make missions impossible.

“Those night vision goggles allowed us to keep on going one ridge further,” Goding said.