By Francois Murphy, Parisa Hafezi and John Irish VIENNA (Reuters) - European intermediaries began shuttling between Iranian and U.S. officials in Vienna on Tuesday as they sought to bring both countries back into full compliance with the 2015 nuclear deal that Washington abandoned three years ago 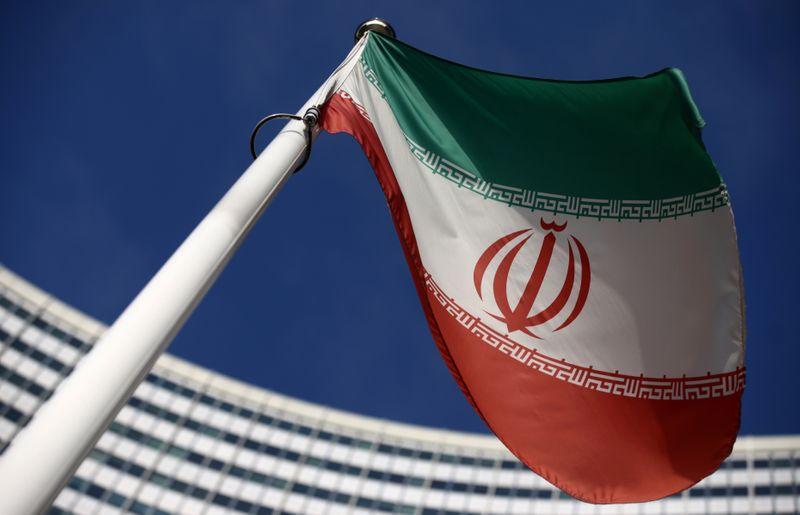 VIENNA (Reuters) - European intermediaries began shuttling between Iranian and U.S. officials in Vienna on Tuesday as they sought to bring both countries back into full compliance with the 2015 nuclear deal that Washington abandoned three years ago.

Iran has steadily overstepped the accord's limits on its nuclear programme in response to the United States' withdrawal from the accord under then-President Donald Trump in 2018 and its reimposition of sanctions that have crippled the Islamic Republic's economy.

While Tehran has repeatedly rebuffed "direct and indirect negotiations" with its old foe, Washington said on Monday it expected the discussions to be difficult. Neither side expected any early breakthrough.

Even without face-to-face talks, however, the presence of both Iran and the United States in the same location marks a step forward.

"We are confident that we are on the right track, and if America's will, seriousness and honesty is proven, it could be a good sign for a better future for this agreement," Iranian government spokesman Ali Rabiei told reporters.

The remaining parties to the deal briefly met at a Viennese hotel for preparatory talks in the Austrian capital, where the pact was originally reached in 2015.

Russia's envoy to the International Atomic Energy Agency, Mikhail Ulyanov, said after the meeting that the parties had tasked two expert-level groups on sanctions-lifting and nuclear issues to identify concrete measures to move forward.

The experts were set to begin technical work later on Tuesday with the aim of marrying lists of sanctions that the United States could lift with nuclear obligations Iran should meet.

"The restoration of #JCPOA (Joint Comprehensive Plan of Action, or nuclear deal) will not happen immediately. It will take some time. How long? Nobody knows. The most important thing after today’s meeting of the Joint Commission is that practical work towards achieving this goal has started," Ulyanov tweeted.

Officials from Britain, France and Germany will act as intermediaries between Iran and the United States, shuttling between both delegations. Russia and China, also part of the accord, are present as well.

The U.S. delegation, headed by special envoy Rob Malley and sanctions expert Richard Nephew, are based in a nearby hotel.

President Joe Biden's administration wants to revive the accord but says this requires negotiations. Tehran has dismissed any direct engagement for now in talks with Washington.

Under the 2015 accord, U.S. and other economic sanctions on Tehran were removed in return for curbs on Iran’s nuclear programme to make it harder to develop a nuclear weapon. Tehran has long denied it is enriching uranium for any other purpose than civilian nuclear energy.

Highlighting the difficulties of getting a breakthrough, Majid Takht-Ravanchi, Iran's envoy to the United Nations and a former nuclear negotiator, put the onus on Washington.

"The US has so far failed to honor @POTUS campaign promise to rejoin the JCPOA. So this opportunity shouldn't be wasted," he said on Twitter. "If US lifts all sanctions, Iran will then cease all remedial measures."

Iranian Supreme Leader Ayatollah Ali Khamenei, who has the final say on all state matters, has opposed any gradual easing of sanctions.

Diplomats said the talks could continue for several days to resolve some of the less contentious issues before resuming in several rounds over the coming weeks.

The objective is some form of an accord ahead of June's Iranian presidential election, an EU official said, although Iranian and U.S. officials have said there is no rush.

The Biden administration has also said it wants to build a "longer and stronger agreement" that would deal with other issues, including Iran's long-term nuclear programme, its development of ballistic missiles, and its support for proxy forces across the Middle East.

"But we're much better off talking about all of that if we could at least put the current nuclear issue to the side and not have to worry every day about what the latest Iranian announcement will be," Malley told NPR.

"Regardless of whether Europe has the will or ability to persuade #USA to lift all sanctions at once & Washington's return to its commitments, there will be no possibility for Iran entering talks in the new fields, more than JCPOA, under any circumstances."