BERLIN (Reuters) - A woman was killed by a car that ploughed into a bus stop in the western German town of Recklinghausen on Thursday, media quoted police as saying. Police are still investigating the cause of the crash, which also left nine other people injured 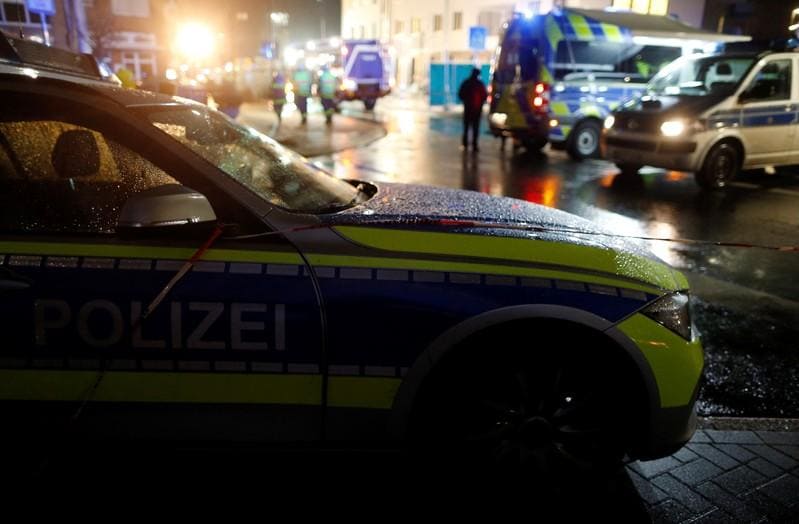 BERLIN (Reuters) - A woman was killed by a car that ploughed into a bus stop in the western German town of Recklinghausen on Thursday, media quoted police as saying.

Police are still investigating the cause of the crash, which also left nine other people injured.

A police spokeswoman told mass-selling Bild newspaper the woman had been killed and that the driver of the car, who was among the injured, was apparently trying to take his own life.

Police in Recklinghausen could not be reached for comment.

Germany has been on high alert since December 2016, when a Tunisian asylum seeker with Islamist links hijacked a truck, killed the driver and then ploughed it into a crowded market place, killing 11 more people and injuring dozens.