With push from McConnell, Kelly Craft rises as candidate for U.N. ambassador 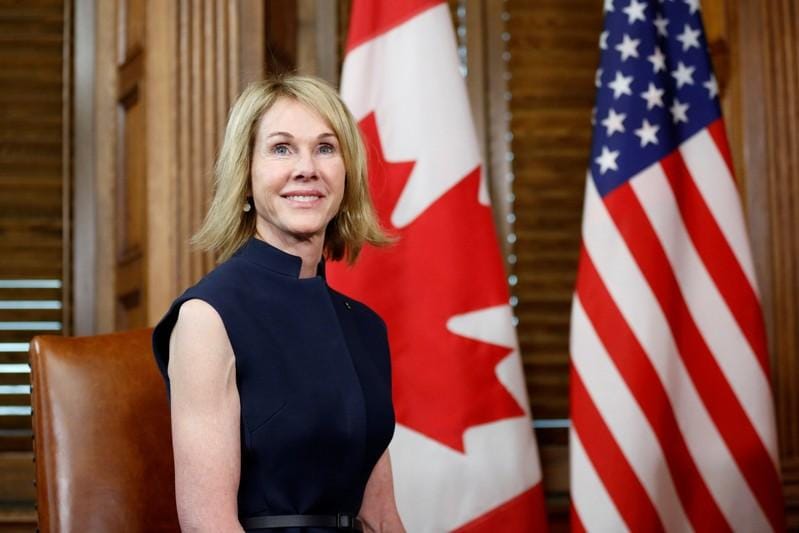 WASHINGTON (Reuters) - U.S. Ambassador to Canada Kelly Craft rose on Thursday as a serious contender to become President Donald Trump's next U.S. ambassador to the United Nations based on a recommendation by Senate Majority Leader Mitch McConnell.

Aides to both Trump and the Republican senator from Kentucky said McConnell had recommended to Trump that he choose Craft for the position, which was left vacant by the resignation late last year of Nikki Haley.

Whether Trump would choose Craft was still unclear, as he has been considering other candidates, including U.S. Ambassador to Germany Richard Grenell and Republican John James, who lost a bid for a U.S. Senate seat in Michigan last November.

But the McConnell recommendation of Craft - a fellow Kentuckian and top Republican donor - was the clearest sign yet that Trump might be zeroing in on a front-runner for the job.

There had been some interest in former senior White House aide Dina Powell for the position, but she was believed to have been not interested in the position at this time, said officials who spoke on condition of anonymity.

Powell returned to a senior position at Goldman Sachs Group Inc a year ago after serving as deputy national security adviser for strategy during Trump's first year in office. She has remained popular at the White House.

Trump has privately expressed a desire to put his daughter, Ivanka Trump, in the U.N. job, but White House officials were doubtful he would take that step.

Trump has said in the past that he thinks Grenell would be great representing the United States at the United Nations but likes the job he is doing in Germany.

Trump had said he planned to nominate former State Department spokeswoman Heather Nauert for the U.N. position, but a formal nomination was never made to the U.S. Senate for a confirmation hearing and vote, and she withdrew her name from consideration on Saturday.