Why do zebras have stripes? They make bad landing strips for flies

By Will Dunham WASHINGTON (Reuters) - Scientists are providing new evidence to answer the longstanding question about why zebras have stripes. It appears stripes make terrible landing strips, bamboozling the fierce blood-sucking flies that try to feast on zebras and carry deadly diseases 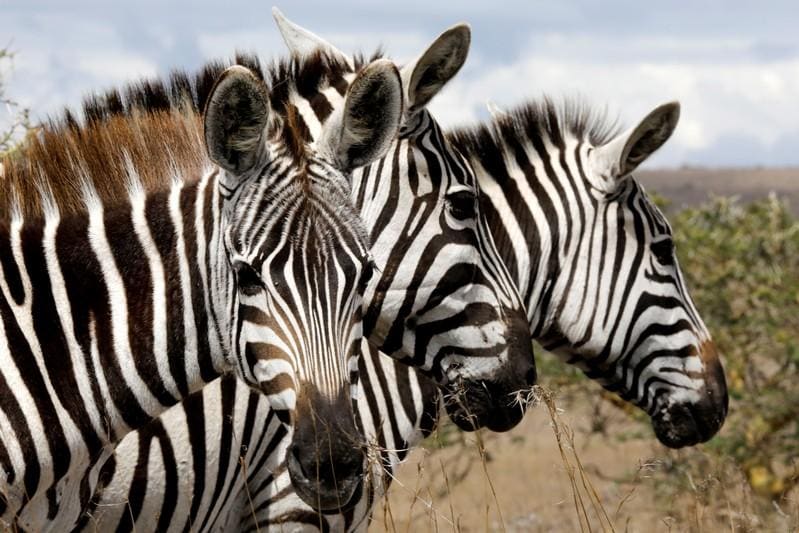 WASHINGTON (Reuters) - Scientists are providing new evidence to answer the longstanding question about why zebras have stripes. It appears stripes make terrible landing strips, bamboozling the fierce blood-sucking flies that try to feast on zebras and carry deadly diseases.

Researchers on Wednesday described experiments demonstrating that horse flies have a difficult time landing on zebras while easily landing on uniformly coloured horses. In one experiment, the researchers put cloth coats bearing striped patterns on horses and observed that fewer flies landed on them than when the same horses wore single-colour coats.

"We showed that horse flies approach zebras and uniformly coloured horses at similar rates but that they fail to land on zebras - or striped horse coats - because they fail to decelerate properly, and so fly past them or literally bump into them and bounce off," said behavioural ecologist Tim Caro of the University of California-Davis, lead author of the research published in the journal PLOS ONE.

Close cousins to horses and donkeys, the world's three zebra species, known for their black-and-white striped bodies, roam Africa's savannas eating a variety of grasses. Their stripe patterns vary among individuals, with no two alike.

There had been four main hypotheses about the advantages zebras accrued by evolving stripes: camouflage to avoid large predators; a social function like individual recognition; thermoregulation, with stripes setting up convection currents along the animal's back; and thwarting biting fly attacks.

"Only the last stands up to scrutiny," Caro said. "Most biologists involved with research on mammal coloration accept that this is the reason that zebras have stripes."

African horse flies carry diseases such as trypanosomiasis and African horse sickness that cause wasting and can be fatal.

The researchers videoed horse flies as they tried to prey on captive zebras and domestic horses at a livery in North Somerset, England. Stripes did not deter flies from a distance, as they circled horses and zebras at similar rates. But the flies managed to land on zebras less than a quarter as often.

University of Bristol biologist and study co-author Martin How said stripes may dazzle flies somehow once the insects venture close enough to see them with their low-resolution eyes.

"In addition to stripes that prevent controlled landings by horse flies, zebras are constantly swishing their tail and may run off if horse flies do land successfully, so they are also using behavioural means to prevent flies probing for blood," Caro said.