Why California's wildfire year could be the worst in decades

By Andrew Hay (Reuters) - California may experience its worst year for wildfires in decades, climate experts say, pointing out that it has already battled two of the three largest blazes in its recorded history during an intense heatwave this month - even before the peak season begins. 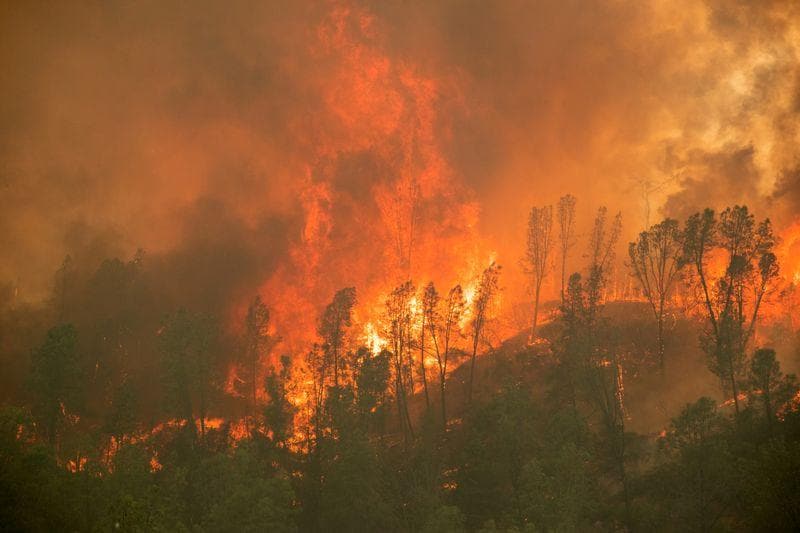 (Reuters) - California may experience its worst year for wildfires in decades, climate experts say, pointing out that it has already battled two of the three largest blazes in its recorded history during an intense heatwave this month - even before the peak season begins.

Record temperatures have exacerbated the state’s ongoing drought and triggered dry-lightning that started more than 700 fires, some in redwood rainforests and Joshua trees that do not normally burn.

Firefighters had a grip on the three largest blazes on Friday in the San Francisco Bay Area but warned residents to prepare for fall winds that typically drive the state’s largest fires.

With more than 1.6 million acres blackened this year, climatologist Zach Zobel said California was on track to overtake the nearly 2 million acres burned in 2018, when the state suffered its deadliest wildfire and the most acreage burned in records going back to at least 1987.

"I would be very surprised if we didn't overtake that given the conditions in place," said Zobel an atmospheric scientist who tracks extreme weather for the Woodwell Climate Research Center.

What worries climatologists is not so much the size of California's wildfires, which have long rejuvenated forests and chaparral, but their ferocity.

"It's Mother Nature injected with steroids" Michael Gerrard, director of Columbia Law School's Sabin Center for Climate Change Law, said of events like the 14,000 lightning strikes to hit California since Aug. 15 due to what he believes is human impact on climate.

In the North Bay wine country, extreme wet and dry cycles allowed vegetation to grow back after 2017 fires and dry out enough to burn again this month rather than act as a natural fire break, according to firefighters.

“There’s definitely a climate change signal here, the weather temperatures are drying out the fuels," said Tim Brown, a professor at the Desert Research Institute in Reno, Nevada.

Human factors are also to blame.

A century of fire suppression to protect timber resources caused build up of the kind of fuel Native Americans long burned to rejuvenate forests, according to professor Dustin Mulvaney.

Clear-cutting and regrowth created crowded, unhealthy forests with a lack of older trees that can survive fire, he said.

"That's not related to climate, that's about colonialism and kicking people off the land that managed that grove for 10,000 years before," said Mulvaney, a professor of environmental studies at San Jose State University.

Species such as redwoods, which may have experienced fires four or five times over a 1,000-year life, may not withstand more intense blazes or recover during drought conditions, he said.

A blaze in the redwoods of the Santa Cruz mountains destroyed nearly 800 structures as of Friday and may jeopardize reservoir water sources for the city of Santa Cruz.

Communities in Napa and Solano counties hit by 2017 fires have suffered the state’s second-largest blaze in history that destroyed 1,080 homes as of Friday, making it the tenth-most destructive on record.

"People who lost their houses last time are suddenly faced with losing them again after they rebuilt," said Sandy Chute, 76, a retiree as she evacuated her two horses to the Sonoma County Fairgrounds in Santa Rosa.