Who will spearhead Biden's climate, energy and agriculture policies?

WASHINGTON (Reuters) - President-elect Joe Biden has vowed an overhaul of U.S. energy and environment policy to fight climate change, with a goal of bringing the economy to net-zero emissions by 2050. While the plan has yet to be clearly defined, it includes things like ramping up clean energy technology and usage, reducing dependence on fossil fuels, federal procurement of clean energy technology and reengaging the United States in a global pact to fight warming 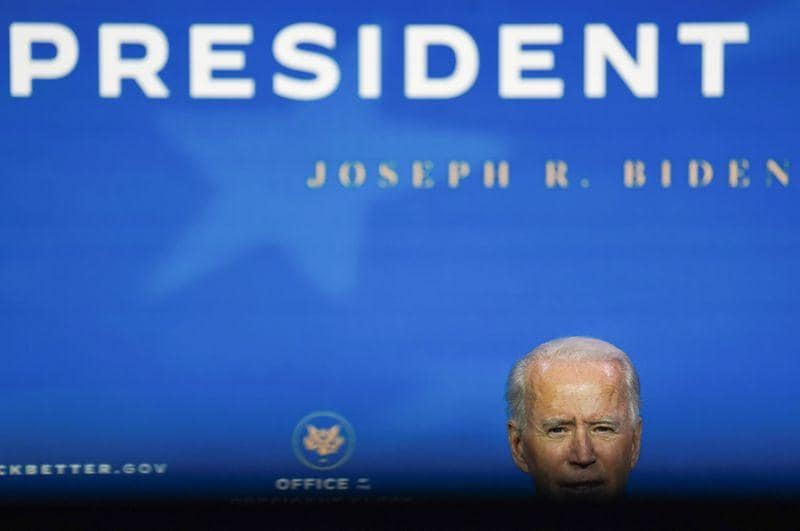 WASHINGTON (Reuters) - President-elect Joe Biden has vowed an overhaul of U.S. energy and environment policy to fight climate change, with a goal of bringing the economy to net-zero emissions by 2050.

Here are the people who have made Biden's shortlist for central roles in his energy and environment agenda:

As California's top environmental regulator, she has worked with industry and environmental groups to craft the state's ambitious environmental regulations, from an economy-wide cap and trade program to fuel efficiency requirements for vehicles. The former EPA assistant administrator during the Clinton administration told Reuters that California's auto emissions deal could serve as a “good template” for federal standards https://www.reuters.com/article/us-california-emissions-autos/california-official-sees-state-auto-emissions-deal-as-template-for-biden-idUSKBN27S3AM.

A former regional administrator of the EPA for the southeast during the Obama administration, Toney is a favorite of progressives. She has advocated and trained diverse officials on leadership and climate in over 15 countries, including Kenya, France, Portugal, Nigeria and Senegal. She told Reuters the agency should explore how to better use the Civil Rights Act to protect poor and minority communities from pollution https://www.reuters.com/article/usa-epa-mcteer/contender-to-lead-biden-epa-says-agency-should-focus-on-environmental-justice-idINL1N2HX2MJ.

O'Mara leads the nation's biggest wildlife conservation organization, which advocates for the protection of wild lands and animals, as well as for outdoor sportsman's' issues. Prior to working at NWF, O’Mara was the youngest person to head up the Delaware Department of Natural Resources and Environmental Control, from 2009 to 2014. He has been advising Biden's transition team on policy.

The New Mexico Democrat would be the first Native American to head a cabinet agency. Her nomination to head the department, which oversees the millions of acres of federal and tribal land, has been pushed by a variety of people, from members of Congress to Indigenous leaders to progressive activists. She told Reuters that Interior should be “promoting and increasing clean-energy leases” on federal land https://www.reuters.com/article/us-usa-interior-haaland-idUKKBN27W213 and should create more national monuments.

The son of former Interior Secretary Stewart Udall, Udall is a long-time Biden friend and former aide and is retiring from the Senate this year. He told Reuters that if nominated to the post, he would set a goal to make federal lands carbon neutral by restoring and protecting forests and shrub lands so they absorb as much carbon as is produced on them https://www.reuters.com/article/us-usa-biden-interior/interior-department-contender-says-biden-would-target-trump-arctic-drilling-push-on-first-day-idUSKBN28323C, and that President Donald Trump's moves to open new parts of the Arctic to drilling would be quickly challenged.

Connor, who is also Native American, served as deputy secretary of the Interior Department under former President Barack Obama. His early work at Interior focused on negotiations with Indian tribes, state representatives, and private water users to secure water rights settlements. He currently works at a lawyer on tribal, environmental and energy issues at Wilmer Hale, alongside former Interior Secretary and Biden friend Ken Salazar.

Zaidi served as the deputy director of the Office of Management and Budget under Obama, where he led the administration's implementation of the Climate Action Plan. He now leads New York's ambitious efforts on climate policy and finance.

Inslee ran in the 2020 Democratic presidential primary with a platform that was focused primarily on climate change. Although he lost, many of his proposed multi-sector climate change policies have been adapted by the Biden campaign.

The former Michigan governor (2003–2011) set up a climate action policy for her state in 2007 and worked with the auto industry and the Obama administration on an auto industry bailout that would spur the deployment of low-emission or zero-emission vehicles. Last month, she published an op-ed in the Detroit News about the need for a low-carbon COVID-19 economic recovery.

A former adviser to Biden when he was in the U.S. Senate, she served in the Obama administration as deputy secretary of energy, where she led an initiative to address cyber and physical challenges to the power grid.

Majumdar was the first director of the U.S. Department of Energy’s agency that promotes and funds research and development of advanced energy technologies, and also served as acting undersecretary of energy from March 2011 to June 2012. He also worked at Alphabet Inc’s Google as vice president for energy before joining Stanford University’s faculty.

Moniz is a nuclear physicist who served as Obama’s second energy secretary, and was a technical expert on Obama’s team that struck the 2015 deal on Iran’s nuclear program. He has been criticized by some environmental groups for his support for a role for natural gas in a U.S. transition toward zero-emissions.

Biden plans to nominate the former Iowa governor, according to two sources familiar with the decision, a choice that would reassure farmers but disappoint climate and nutrition activists. Vilsack held the job under Obama (2009-2017) and actively campaigned for Biden in farm country, acting as his rural and agriculture advisor during the election bid.