WHO says eradicating malaria 'can be done', but first aim is to control it

By Kate Kelland LONDON, (Reuters) - Eradicating malaria is biologically feasible and a lofty aim, the World Health Organization said on Friday, but the focus for now should be getting the funds, tools and political will to control it. Launching the findings of a three-year long analysis of the global fight against malaria, WHO experts said that while ending the mosquito-borne disease 'can be done', it's not yet possible to put a price tag or target date on achieving eradication 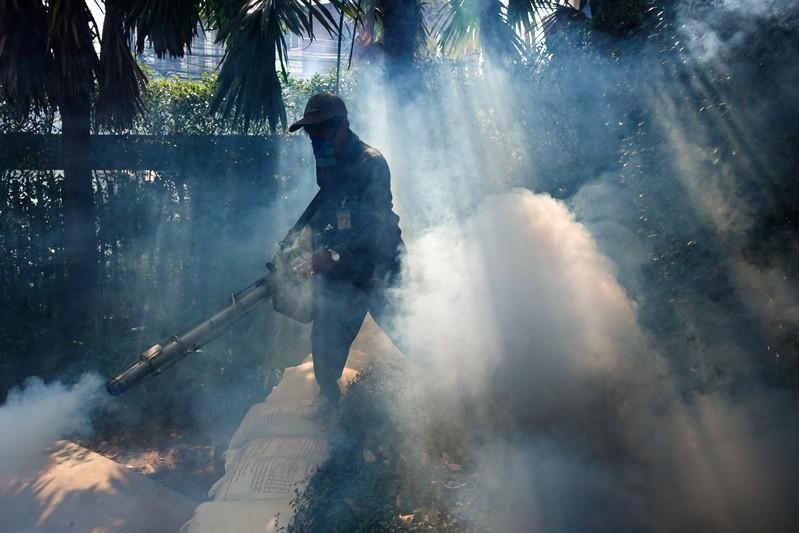 LONDON, (Reuters) - Eradicating malaria is biologically feasible and a lofty aim, the World Health Organization said on Friday, but the focus for now should be getting the funds, tools and political will to control it.

Launching the findings of a three-year long analysis of the global fight against malaria, WHO experts said that while ending the mosquito-borne disease "can be done", it's not yet possible to put a price tag or target date on achieving eradication.

Setting unrealistic goals with unknown costs and endpoints can lead to "frustration and backlashes", said the director of the WHO's global malaria programme, Pedro Alonso, so the world should focus first on developing new medicines, vaccines and insecticides to get malaria cases and deaths under control.

"With the tools that we have today, it is most unlikely that eradication could be achieved," Alonso told reporters in a telephone briefing. "We need to focus on getting back on track."

After a decade or so of significant declines in malaria case numbers and deaths, latest WHO data show progress is stalling.

Malaria infected around 219 million people in 2017 and killed around 435,000 of them - the vast majority of them babies and children in the poorest parts of Africa.

A number of drugs are available to successfully treat malaria, and insecticide-treated bednets have proved able to control mosquitoes and infections. A partially effective vaccine - the world's first against malaria - has been developed by the British drugmaker GSK

But the WHO's malaria eradication report, a summary of which was published on Friday, said these tools would not be sufficient to wipe out malaria altogether.

It urged scientists and global health funders to renew a drive towards research and development of "transformative tools and knowledge" to control mosquitoes and create more effective vaccines and medicines to prevent and treat the disease.

It also called for political leadership in the fight against malaria, and for funds and data analysis to be used in the places where it is likely to be most effective.

Currently, less than 1% of global funding for health research and development investment goes to developing tools to tackle malaria, it said.

"Our priority now should be to establish the foundation for a successful future eradication effort while guarding against the risk of failure that would lead to the waste of huge sums of money, frustrate all those involved... and cause a lack of confidence in the global health community's ability to ever rid the world of this disease," the report said.