Who are the Saudis under the spotlight over Khashoggi's killing?

DUBAI (Reuters) - Saudi Arabia is seeking the death penalty against five out of 21 people under investigation in connection with the murder of journalist Jamal Khashoggi. Five senior government officials have also been dismissed. 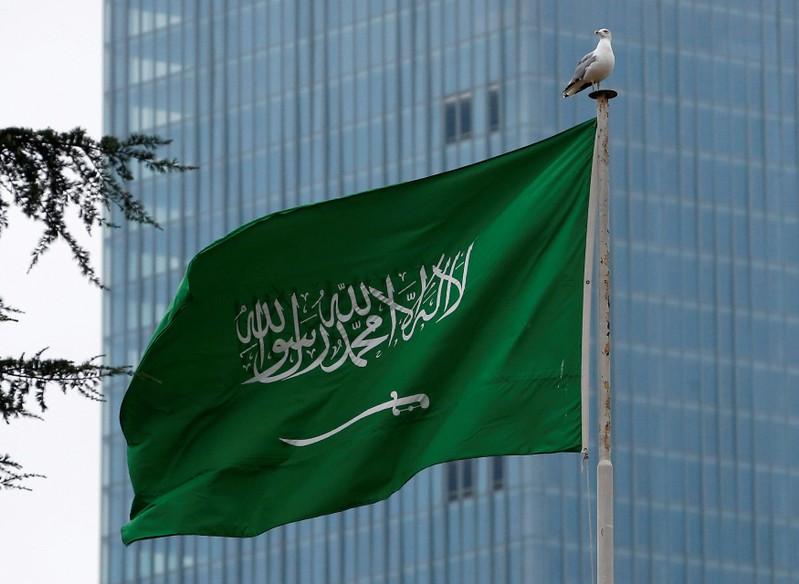 DUBAI (Reuters) - Saudi Arabia is seeking the death penalty against five out of 21 people under investigation in connection with the murder of journalist Jamal Khashoggi. Five senior government officials have also been dismissed.

Khashoggi, a Washington Post columnist and critic of Saudi policies, was killed in the Saudi consulate in Istanbul on Oct. 2 after entering to obtain documents for his marriage.

Saudi Arabia initially denied knowledge of his fate, then offered contradictory explanations including that he was killed in a rogue operation and that the killing was premeditated. Those varying accounts drew international scepticism.

On Thursday, the Saudi public prosecutor said Khashoggi was killed by lethal injection, then dismembered and handed over to an unidentified "local cooperator". The whereabouts of his remains are still unknown.

Turkish security sources say that when Khashoggi entered the consulate, he was seized by 15 Saudi intelligence operatives who had flown in on two jets just hours before.

A senior Saudi official confirmed to Reuters they were among those under investigation, and on Thursday the U.S. Treasury imposed sanctions on all of them under the Global Magnitsky Human Rights Accountability Act, along with two other officials.

Most of the 15 worked in the Saudi military or security and intelligence services, including at the royal court, according to Saudi and Turkish officials and several sources with ties to the royal court.

Turkey's pro-government Sabah newspaper published what it said were photographs of the men taken from surveillance footage at the airport, two hotels they briefly checked into, the consulate and the consul's residence.

The following profiles of some of those detained or dismissed are based on those photographs, Saudi media reports and information from Saudi officials and sources.

Saud al-Qahtani, seen as the right-hand man to Prince Mohammed, was removed as a royal court adviser and is the highest-profile figure implicated in the incident.

He joined the royal court under the late King Abdullah. He rose to prominence as a confidant in Prince Mohammed's secretive inner circle. He regularly spoke on behalf of the crown prince, known as MbS, and has given direct orders to senior officials including in the security apparatus, the sources with ties to the royal court said.

Tasked with countering alleged Qatari influence on social media, Qahtani used Twitter to attack criticism of the kingdom in general and Prince Mohammed in particular. He also ran a WhatsApp group with local newspaper editors, dictating the court line.

Qahtani had tried to lure Khashoggi back to Saudi Arabia after he moved to Washington a year ago fearing reprisals for his views, according to people close to the journalist and the government.

In an August 2017 Twitter thread asking his 1.35 million followers to flag accounts for a black list for monitoring, Qahtani wrote: "Do you think I make decisions without guidance? I am an employee and a faithful executor of the orders of my lord the king and my lord the faithful crown prince."

The senior Saudi official said Qahtani had authorised one of his subordinates, Maher Mutreb, to conduct what he said was meant to be a negotiation for Khashoggi's return to the kingdom. Qahtani also supplied Mutreb with unspecified information based on his earlier conversations with Khashoggi, the official said.

The public prosecutor said a travel ban has been imposed on Qahtani while the investigation continues, but four sources based in the Gulf told Reuters this week that he is still at liberty and continues to operate discreetly.

He is 40 years old, according to the U.S. Treasury. Qahtani did not respond to questions from Reuters. Reuters was not able to reach Mutreb for comment.

General Maher Mutreb, an aide to Qahtani for information security, was the lead negotiator inside the consulate, according to the senior Saudi official. Without naming him, the public prosecutor said the lead negotiator was the person who decided to kill Khashoggi rather than repatriate him.

Mutreb is a senior intelligence officer and part of Prince Mohammed's security team. He appeared in photographs with the crown prince on official visits this year to the United States and Europe.

According to the Saudi official, Mutreb was selected for the Istanbul operation because he already knew Khashoggi from their time working together at the Saudi embassy in London.

"He knew Jamal very well and he was the best one to convince him to return," the official said.

Mutreb received Khashoggi at the Saudi consul's office around 1:25pm. He began by urging him to come home and claimed he was wanted by Interpol, the official said.

The official said Khashoggi told Mutreb he was violating diplomatic norms and asked whether Mutreb planned to kidnap him. Mutreb said yes, the official said, in an apparent attempt to intimidate Khashoggi.

Sabah newspaper published stills from surveillance cameras that appear to show Mutreb entering the consulate three hours before Khashoggi, and later outside the consul's residence.

Britain's Foreign Office confirmed that Mutreb served as a first secretary at the Saudi embassy in London for a period including 2007. He is 47 years old, according to the U.S. Treasury.

Salah Tubaigy is a forensic expert at the Saudi interior ministry's criminal evidence department, according to a biography posted online by the Saudi Commission for Health Specialties.

In the Istanbul operation, he was supposed to remove evidence such as fingerprints or proof of the use of force, according to the Saudi official.

Photographs from the institute's 2015 annual report, which resemble the suspect named by Turkish media, show Tubaigy wearing medical scrubs, a smock and rubber gloves in a laboratory setting, and separately chatting with colleagues.

Tubaigy did not respond to an email sent by Reuters.

The Saudi Society of Forensic Medicine lists him as a board member. He earned a master's degree in forensic medicine from the University of Glasgow in 2004, the biography shows. A university spokeswoman declined to comment.

Tubaigy is 47 years old, according to the U.S. Treasury.

Ahmed al-Asiri, former deputy head of General Intelligence, was among those sacked by King Salman. The public prosecutor said he was the one who ordered the operation to repatriate - but not kill - Khashoggi.

Asiri joined the military in 2002, according to Saudi media reports, and was spokesman for the Saudi-led coalition which intervened in Yemen's civil war in 2015. He was named deputy chief of foreign intelligence by royal decree in April 2017.

U.S. Treasury sanctions announced on Thursday did not include Asiri. Reuters was unable to reach him for comment.

According to that official, Madani donned Khashoggi’s clothes, eyeglasses and Apple watch and left through the back door of the consulate in an attempt to make it look like the journalist had walked out of the building.

Madani is a government employee who studied at King Fahd University of Petroleum and Minerals in Saudi Arabia’s Eastern Province, according to a Facebook profile with photographs resembling the suspect identified by Turkish media.

He is 56 years old, according to the U.S. Treasury. Reuters was unable to reach Madani for comment. University officials could not immediately be reached for comment.

Meshal Saad Albostani is lieutenant in the Saudi Air Force from the Red Sea port of Jeddah, according to a Facebook profile with multiple photographs resembling the suspect identified by Turkish media.

The senior Saudi official said he was responsible for the Istanbul team's logistics.

Albostani studied at the University of Louisville in Kentucky, according to Facebook. University officials contacted by Reuters said they could not confirm a graduate of that name.

A LinkedIn profile matching his name and photo says he has served in the air force since 2006.

He is 31 years old, according to the U.S. Treasury. He could not immediately be reached for comment.

Mohammad al-Otaibi is the Istanbul Consul General. He gave Reuters a tour of the consulate four days after the murder, opening cupboards, filing cabinets and wooden panels covering air conditioning units in an effort to show that Khashoggi was not on the premises.

Otaibi left Istanbul ten days later and has not been heard from since. He was sanctioned on Thursday by the U.S. Treasury, which said he is 51 years old.

OTHER MEMBERS OF THE TEAM

Abdulaziz Mohammed al-Hawsawi is a member of the security team that travels with the Saudi crown prince, according to a New York Times report that cited a French professional who has worked with the royal family. He is 31, according to the U.S. Treasury. Reuters could not reach him for comment.

General Rashad bin Hamed al-Hamadi was removed as director of the general directorate of security and protection in the General Intelligence Presidency.

None of the three generals were affected by U.S. Treasury sanctions announced on Thursday. They could not be reached for comment. The Treasury also named 10 other Saudis.