Istanbul:  Western opposition has made it impossible for Muslim states to obtain a ban on blasphemy, including anti-Islamic videos and cartoons that have touched off deadly riots, the Islamic world's top diplomat said.

Ekmeleddin Ihsanoglu, secretary general of the Organisation of Islamic Cooperation (OIC), said his 57-nation body would not try again for United Nations support to ban insults to religion, but appealed for states to apply hate-speech laws concerning Islam.

"We could not convince them," said the Turkish head of the 57-member organisation which had tried from 1998 until 2011 to get a United Nations-backed ban on blasphemy.

Western countries see the publication of such images and materials as a matter of free speech. 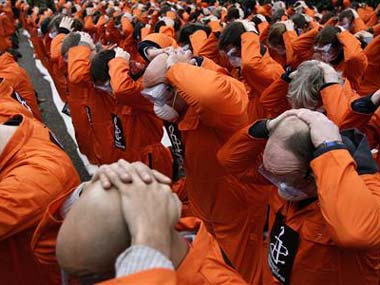 The posting of an amateurish US-made video portraying the Prophet Mohammad as a foolish womaniser and the publication of caricatures of him in France last month led to violent protests and renewed calls from the Muslim world for a global law against blasphemy.

Ihsanoglu told a conference in Istanbul at the weekend that the OIC had failed to win a ban at the United Nations and would not revive its long diplomatic campaign for one.

Asked about recent media reports that the OIC wanted to resume the campaign for a blasphemy ban, he said: "I never said this and I know this will never happen."

The OIC respects freedom of expression but sees anti-Islam videos and cartoons as an abuse of this freedom that Western countries should sanction through their own blasphemy or hate crime laws, he said.

Ihsanoglu's statement clarified the OIC stand at a time when Muslim religious leaders have stepped up demands for an international blasphemy law and politicians have accused Western states of spreading anti-Muslim hatred under the protection of their free-speech laws.

Starting in 1998, the 57-nation OIC won majorities in UN rights bodies and at the UN General Assembly every year for non-binding resolutions on "combating defamation of religions" that Western states opposed as potential threats to free speech.

But support for these texts steadily fell to just over 50 percent by 2010, because of strong Western and growing Latin American opposition, and the OIC opted for a weaker resolution against intolerance towards all religions last year.

That more general resolution, drawn up with the United States and the European Union, passed unanimously.

The long dispute highlighted differing views of free speech in Western and Muslim countries. Ihsanoglu said Western states had a "strange understanding" of free speech if it could be abused to hurt and insult others.

"The strongest weapon against hateful speech is not repression, it is more speech - the voices of tolerance that rally against bigotry and blasphemy," he said.

Explaining his decision not to pursue a world ban, Ihsanoglu said the 1966 International Covenant on Civil and Political Rights and a non-binding 2011 U.N. General Assembly resolution against religious intolerance provided a sufficient basis for U.N. member states to take legal action.

"We have enough law and we need to implement these laws," he said.

Muslim politicians have stepped up their denunciations of Western free speech policies following the video and cartoons lampooning Prophet Mohammad. Muslims consider any criticism of him as highly offensive and beyond free speech protection.

"We cannot accept insults to Islam under the guise of freedom of thought," Turkish Prime Minister Tayyip Erdogan told the Istanbul conference.

But while editorialists and religious leaders have renewed calls for a worldwide blasphemy ban, few national leaders have actually ended their rhetorical reactions with that demand.

One who did at the United Nations last month was President Asif Ali Zardari of Pakistan, whose own national blasphemy law has come under increasing criticism at home and abroad as open to widespread abuse against minority Christians.

Ihsanoglu, speaking at the conference on a panel with Pakistani opposition leader Imran Khan, encouraged countries with blasphemy laws to apply against insults to Islam, and then quickly added: "not particularly the one in Pakistan".