By Andrew Hay and Brad Brooks When Esther Tebeka, one of more than 1,000 Americans evacuated from China due to the coronavirus outbreak, ended her 14-day quarantine with no signs of the disease, she thought she could get on with her life. 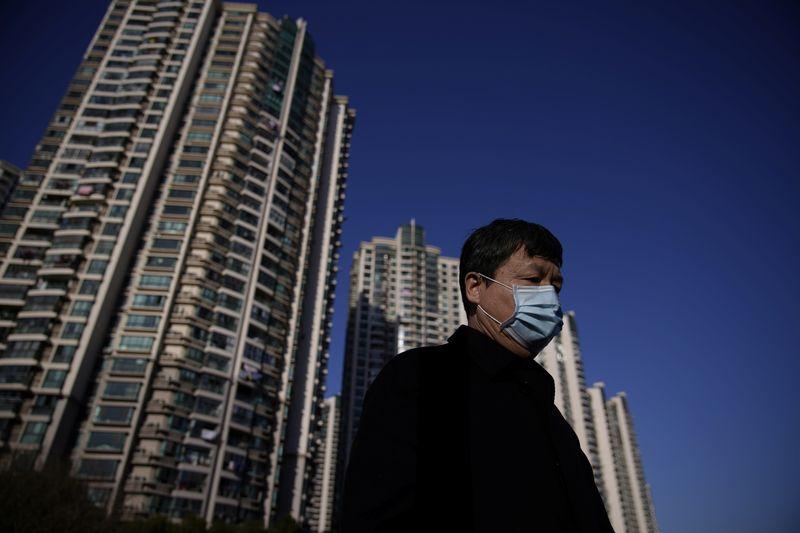 By Andrew Hay and Brad Brooks

When Esther Tebeka, one of more than 1,000 Americans evacuated from China due to the coronavirus outbreak, ended her 14-day quarantine with no signs of the disease, she thought she could get on with her life.

Instead, she has had people refuse to come near her or cover their faces with surgical masks due to unfounded fears that she is a coronavirus carrier - making her one of a growing number of Americans who report being shunned or shamed after quarantine.

"How many times can I tell people I'm not sick?" said Tebeka, who runs a Chinese medicine clinic in Palo Alto, California, and has seen patients suddenly cancel appointments. "We're not the walking dead."

She and her 15-year-old daughter Chaya were among Americans evacuated from Wuhan, China - the epicenter of the outbreak - and Tokyo, Japan, then quarantined on military bases in California, Texas and Nebraska. Hundreds more travelers are self quarantining at home after arriving on commercial flights from affected areas, according to state health departments.

Health officials say Americans undergoing daily testing, observation and health precautions of quarantine are among the least likely to transmit the virus. Yet these people are being outed by neighbors, ostracized online and alienated by friends.

The World Health Organization and U.S. Centers for Disease Control and Prevention (CDC) have said 14 days represents the outer limits of the virus' possible incubation period. But research this month from China's National Health Commission suggested the incubation period could be as long as 24 days.

Healthy commercial airline passengers returning to the United States from coronavirus-affected areas who come down with certain symptoms within 14 days are required to participate in monitoring by health officials, and some may have their movement restricted or be asked to limit contact with others, according to the CDC.

U.S. travelers, including Amy Deng who underwent home quarantine with her daughter Daisy, 8, said they got no official guidance on arrival to restrict their movement but did so out of a sense of responsibility to their communities.

They avoided close contact with people for two weeks after they returned from visiting family in Guangzhou, China, over 500 miles (800 km) south of Wuhan.

That did not stop neighbors calling police over concerns they would spread coronavirus, Deng said.

"People were already panicked, then they made up this rumor and spread it, telling us not to even live in the community," said Deng, 45, a Santa Rosa, California, acupuncturist.

Since Deng returned on Feb. 4, she has been asked not to enter her office to even pick up a notebook by a woman whose business shares the same lobby space.

Other than evacuated passengers from the Diamond Princess cruise ship, there are only 15 U.S. cases of coronavirus - just two from person-to-person transmission after return - and no deaths.

Most of those infected had traveled to the Wuhan area, where the vast majority of the more than 2,100 deaths and 74,000 cases occurred in China. That is still a fraction of the 14,000 flu deaths in the United States this season, according to CDC.

The roots of coronavirus discrimination appear to lie in people's instinctual, "visceral disgust" of infectious diseases, rather than scientific fact or racial prejudice, said Cindy Kam, a political science professor at Vanderbilt University.

Kam studied Ebola and Zika outbreaks and found people's fear of the diseases outweighed concerns over who might carry them.

Matt Galat, an American living in China, returned to the United States this month and revealed online that he was doing a two-week self quarantine with his family, drawing unexpected reactions from followers on his JaYoe Nation YouTube channel.

"They said 'you're infecting the whole of my country, you need to get the hell out,'" Galat said.

With reports of such experiences, people still in isolation are fearful of what lies ahead. Some were unwilling to discuss their concerns for fear of drawing attention to themselves.

"When I get out people are going to recognize me because I've been vocal on social media," said Sarah Arana, 52, who is in quarantine at a California air base after evacuation from the Diamond Princess. "My hope is people won't think I'm latently carrying the virus."

Tebeka said ignorance was driving the prejudice: "Don't punish the people who are doing the right thing."