Washington to close metro stations, Delta bans guns to D.C. ahead of inauguration 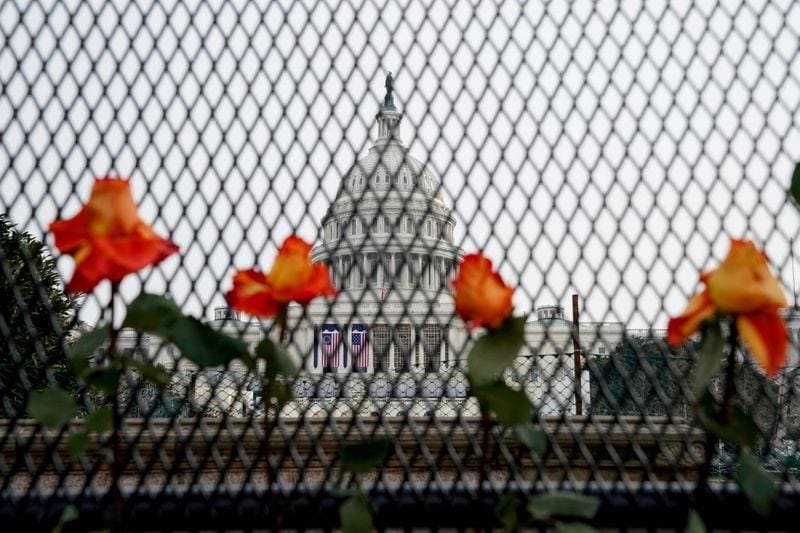 WASHINGTON (Reuters) - As Washington locks down for President-elect Joe Biden's inauguration, Delta Air Lines put new restrictions on passengers to the U.S. capital on Thursday amid warnings of possible political violence throughout the country even after the Jan. 20 swearing-in.

Hotels, airlines and other businesses ramped up security as authorities planned to deploy at least 20,000 National Guard troops in the city. Activist groups concerned about the potential for violence asked hotels to close starting this weekend ahead of the event.

Delta will not allow travelers flying to Washington area airports to check firearms on its flights before the inauguration, Chief Executive Ed Bastian said on Thursday.

"We're all on high alert based on the events over the last couple of weeks in Washington," Bastian told CNBC. He told Reuters his airline had placed passengers on a no-fly list for their involvement in disruptive incidents that, for example, targeted Republican U.S. Senator Mitt Romney.

The actions follow the storming of the U.S. Capitol last week by supporters of President Donald Trump and disturbances on flights and at airports. Officials have warned of plans for armed protests in Washington and all 50 states.

Trump's vice president, Mike Pence, was expected to speak on Thursday at a briefing on inauguration security. It will be his first public appearance since the Jan. 6 attack.

In Washington, the perimeter of a high fence surrounding the Capitol was pushed out to encompass the U.S. Supreme Court and the Library of Congress.

Nearby roads were closed, some businesses said they would shut down next week, and the city's public transportation agency said it was closing certain metro stations and rerouting bus lines from Friday through Jan. 21.

The National Park Service said a decision had yet to be made on whether to close the National Mall running from the Capitol to the Lincoln Memorial. The park service closed the Washington Monument to tours and Mayor Muriel Bowser asked visitors to stay away from the city.

Law enforcement officials have warned of potential violence beyond the U.S. capital. In Ohio, Governor Mike DeWine said on Thursday the statehouse and state office buildings in downtown Columbus would be closed from Sunday through Wednesday.

"You will see a resurgence of activity and planning and extremists' threats. So I don't think this problem is going away with this president leaving the White House," McCord said.

The U.S. House of Representatives on Wednesday voted to impeach Trump on charges of incitement after his supporters rampaged through the Capitol, leaving five dead, following a speech by the Republican president reiterating his false claim that Biden, a Democrat, beat him because of widespread fraud.

Federal authorities have arrested dozens of people as part of their investigation into the Capitol assault. A congressional official said the Senate Intelligence Committee will probe law enforcement agencies' handling of intelligence that preceded the attack once Democrats take control of the Senate.

More than 30 House Democrats, including lawmaker Mikie Sherrill, have asked the acting House and Senate sergeants-at-arms and the acting head of the Capitol Police for visitor logs, videos and other information about who was in the building that day.

Sherrill, who has accused Republicans of inciting the pro-Trump mob, said she saw colleagues leading groups on "reconnaissance" tours of the Capitol the day before the Jan. 6 attack.