AMSTERDAM (Reuters) - The Dutch government told parliament on Monday it could sit back and relax as there are no extra rules needed to prevent people having or smoking cannabis in public places during the coronavirus pandemic. 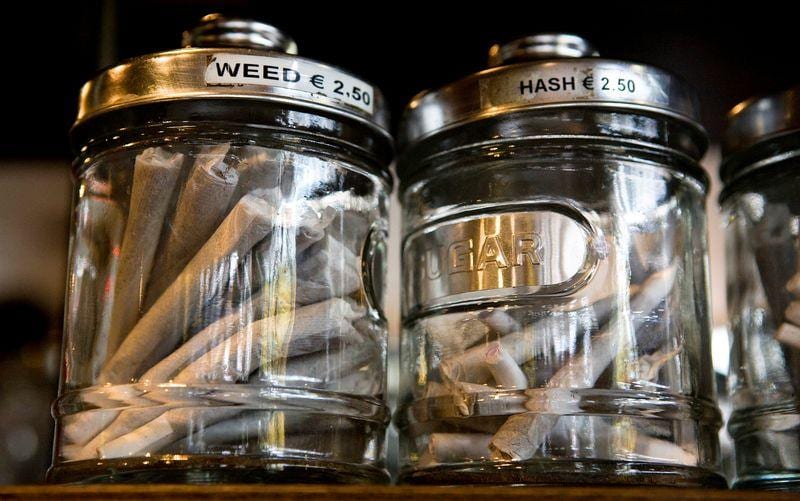 The government ordered a partial lockdown on Oct. 13, closing restaurants except for takeaway services and forbidding the sale of alcohol and marijuana after 8 p.m.

But parliament, stressed at the prospect that the rules for weed-smokers might still be laxer than those for alcohol-drinkers, passed a motion directing the government to ensure that smoking marijuana and hashish in public would not be tolerated in public places between 8 p.m. and 7 a.m.

Justice Minister Ferd Grapperhaus told the lawmakers in a letter that they might be slightly confused by the complexities of the country's existing laws and practices.

Under Dutch law, the possession of marijuana remains technically illegal, Grapperhaus explained in a letter to parliament. While police do not usually enforce the law against people who hold less than five grams, they always have the power to do so.

Under the country's tolerance policy, the drug is sold openly at cafes known as "coffee shops."

But the Oct. 13 lockdown rules had already specified that cafes and restaurants would be closed except for takeaways and that sales of alcohol, marijuana and hashish would be banned after 8 p.m.

In addition, Grapperhaus wrote, gatherings of more than four people are temporarily banned. That ensures that police could break up an unruly marijuana-smoking mob - if one should ever form during the pandemic.

"Thus, the demands of this motion may be satisfied by making use of existing powers," the minister explained.