Voices from the streets; why protesters are marching the world over

(Reuters) - Protesters around the world have taken to the streets in response to events in the United States, where the death in police custody of black man George Floyd has sparked a wave of anti-racism demonstrations. 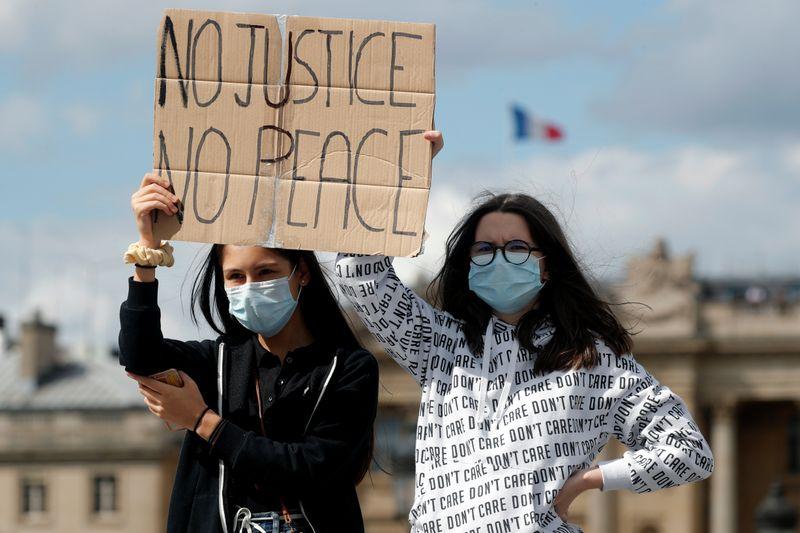 (Reuters) - Protesters around the world have taken to the streets in response to events in the United States, where the death in police custody of black man George Floyd has sparked a wave of anti-racism demonstrations.

Reuters interviewed five people in five countries about why they had taken to the streets in recent days and what they hoped to achieve. Here is what they said:

LONDON: Stedroy Cabey, a 30-year-old actor, who spoke while surrounded by hundreds of noisy protesters at the weekend:

"As a black man it feels like your skin is a weapon. It feels like for some reason they feel like you're a threat and you don't understand why because you've never done anything to do that. Personally I haven't done anything.

"When I first moved to the UK there was an incident where ... me and my cousin were on the bus and (a stranger) started looking at us in a weird way. When he got off the bus he ran up to us, he was like 'go back to where you came from, you don't belong here'. And I was speechless in that moment. I was a young boy, a young man coming from the Caribbean ... for a better life ... It was like wow. It reminded me that racism is actually real."

PARIS: Bokar Ture, a U.S. citizen and economist living in Paris, addressing his small daughter whom he held in his arms:

"I said that there are some people who might think less of us because we're black, but we know that's not true, right? We know that we're just as smart, just as intelligent, and you're just as beautiful as anyone, OK? ... It doesn't matter what other people think. OK? So you're proud of yourself, OK? You can achieve anything you want and the colour of your skin, if other people are stupid enough to think that it should be a barrier, let them be stupid. You be smart, OK?"

"I grew up in America's south, Mississippi. It has one of the darkest histories of racism and I've seen it on a day-to-day basis, growing up in school, the university, at work and I think it's a major problem that we have to deal with."

"I have seen it around day-to-day like in the grocery store or supermarket, on the street. It's been something challenging. Also I'm a teacher, so I see it at the school a little bit and I try to correct students and try to teach them a better way, to recognise racism and fight against it."

"I am protesting today because I'm a bi-racial woman. I have faced racism in my life. As an ex-police officer I faced racism, and now it's time for a change. So, I'm here to support the cause for justice for all, freedom for all, equal rights for all.

"I am very optimistic about the protests and (them) leading to change, because at first it was just the black and the minorities that were out here but now you have a nation that's all coming together as one. So, as I go out to these protests, it's not just the African-Americans that are out here, it's everyone out here so we're finally united as one. So change is definitely coming and I'm feeling extremely positive about the change."