VENICE, Italy (Reuters) - Venice city council has approved rules to stop prostitutes plying their trade along the streets and canals of the tourist-packed lagoon city. Fines will also be imposed on people drinking alcohol outside pubs during night hours and on tourists caught diving into canals or walking through the city bare-chested or clad only in a bikini. 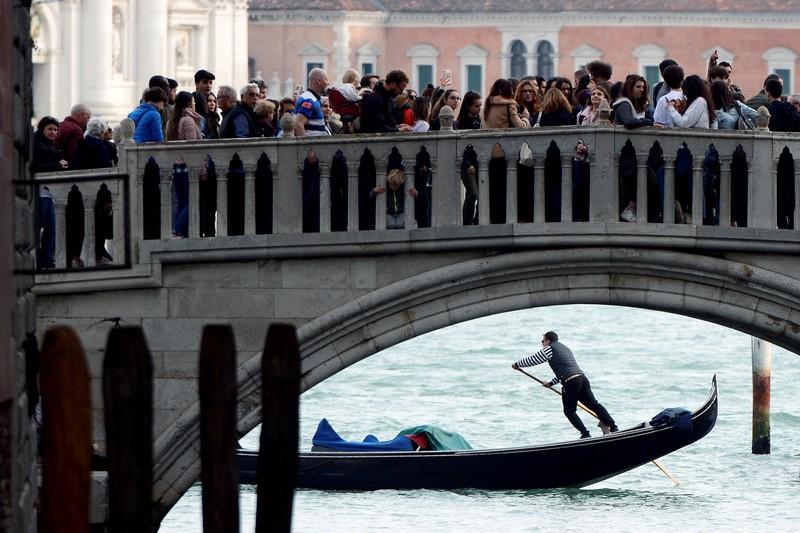 VENICE, Italy (Reuters) - Venice city council has approved rules to stop prostitutes plying their trade along the streets and canals of the tourist-packed lagoon city.

Fines will also be imposed on people drinking alcohol outside pubs during night hours and on tourists caught diving into canals or walking through the city bare-chested or clad only in a bikini.

The rules are part of a public order crackdown by the centre-right council.

The Italian city hosts around 25 million tourists a year, of whom 14 million spend just one day there, crowding the alleys and the Renaissance churches around the canals.

"A tourist in Venice must be respectful and aware that in the case of bad behaviour he will be expelled from the city," said mayor Luigi Brugnaro.

Venice's population has gone from roughly 175,000 after World War Two to about 50,000 today. Residents complain that their city is being overrun by tourists while they have to pick up the bill.

The city council voted in February to impose an entrance fee of 3 euros on day-trippers to help pay for the upkeep of the city, a sum that will rise to between 6-10 euros from the start of 2020 depending on high or low season.

Under the rules approved on Thursday, prostitutes can be fined up to 500 euros ($560) for "abuse of public space" and for obstructing traffic while negotiating with clients.

In the most extreme cases of anti-social behaviour, tourists can be ordered out of the city.

"There can be no room for impunity," Brugnaro said.