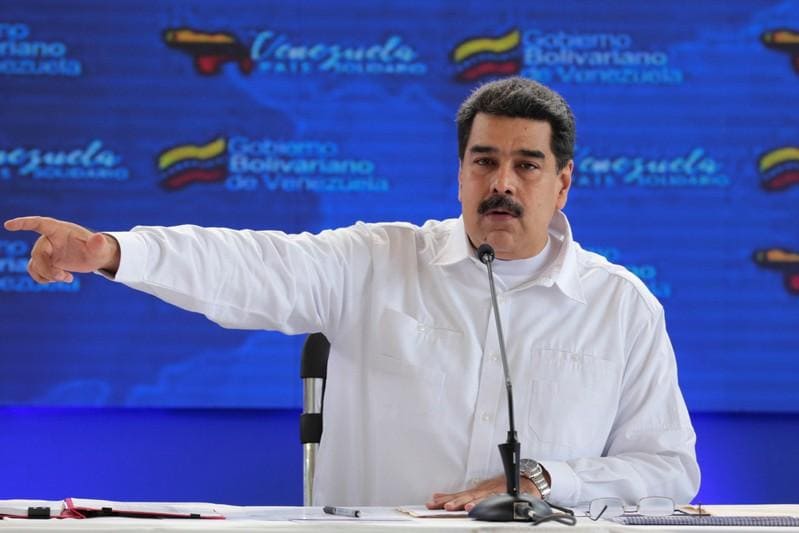 By Michelle Nichols and Alexandra Ulmer

Venezuela's government had not previously said whether Maduro would attend the U.N. meeting. Maduro said last week he might not attend, adding "they have me in their sights to kill me" without specifying who might target him.

The White House said no meeting was planned between the two leaders, and Venezuela's information ministry did not respond to a request for comment.

Trump's comments earlier on Wednesday suggested he could meet Maduro, who has been publicly seeking a sit-down with Trump, his ideological foe, since last year.

"I would certainly be open to it, I'm willing to meet with anybody," Trump said as he arrived at the United Nations headquarters. "We're going to take care of Venezuela, if he's here and he wants to meet, it was not on my mind, it was not on my plate, but if I can help people that's what I'm here for."

He said that "all options" were available to find a solution to Venezuela's ballooning economic and political crisis, which has fuelled an exodus to nearby Latin American countries.

"All options are on the table, every one," Trump told reporters. "The strong ones and the less than strong ones - and you know what I mean by strong. Every option is on the table with respect to Venezuela."

The White House last year said a meeting with Maduro would happen when Venezuela returned to democracy.

A group of Latin American countries and Canada said earlier on Wednesday they had asked the International Criminal Court to investigate Maduro's government over allegations of crimes against humanity in its use of force to repress political opponents.

Maduro was due to speak at the annual gathering of world leaders at the United Nations later on Wednesday.

"I am landing in New York to defend the truth of Venezuela, to bring the voice of our fatherland," said Maduro in a video posted on Twitter showing him and his wife Cilia Flores - whom the United States sanctioned on Tuesday - in the presidential plane. He did not mention Trump in the video.

Maduro frequently accuses the United States of seeking to sabotage his administration by fomenting an economic crisis and stoking unrest.

The Trump administration and many Latin American government, however, blame Venezuela's economic meltdown on reckless money printing, dysfunctional currency controls and poor management by Maduro's administration. Inflation is running at 200,000 percent and basic foods and medicines, like rice and antibiotics, are increasingly difficult to obtain.