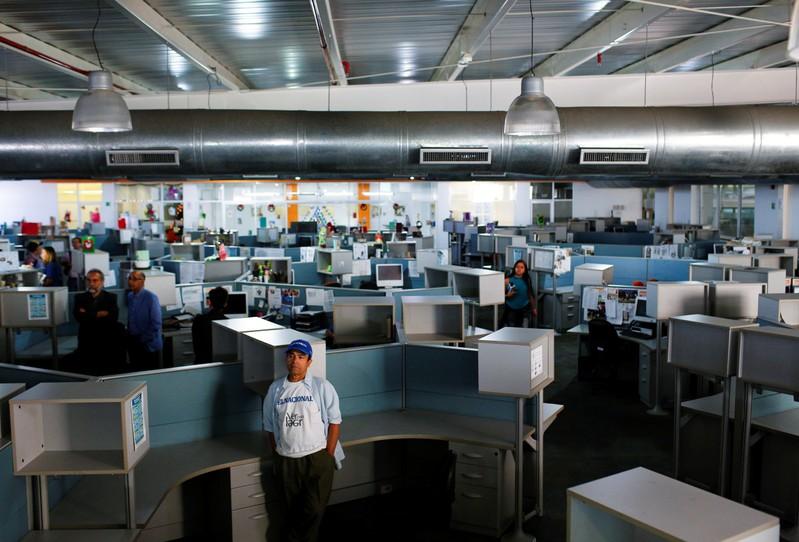 CARACAS (Reuters) - Venezuela's El Nacional newspaper, which has been heavily critical of the ruling Socialist Party, on Friday published its last print edition after struggling for years under government pressure and a collapsing economy.

The paper, which is transitioning to a web format, has found it increasingly difficult to obtain newsprint due to exchange controls that make imports nearly impossible, and has potentially massive payments in a defamation lawsuit brought by Socialist Party No. 2 Diosdado Cabello.

"I want to think that this is a pause," said the editor-in-chief of the newspaper, Patricia Spadaro, at a press conference in the paper's empty offices.

El Nacional said it will resume its print edition "when the country returns to democracy," a reference to growing global criticism that President Nicolas Maduro has created a dictatorship.

The paper has over the years faced withering criticism, initially because it openly backed the founder of the Socialist Party, late president Hugo Chavez, in his 1998 campaign.

By 2002, after the paper's editor fell out with Chavez, El Nacional celebrated a botched coup by dissident military officers, which critics called evidence it put politics over objectivity.

It was often targeted for fuelling the country's polarized politics by ignoring government supporters and unquestioningly championing its critics.

With inflation running at 1.3 million percent currently, the paper had struggled to retain staff.