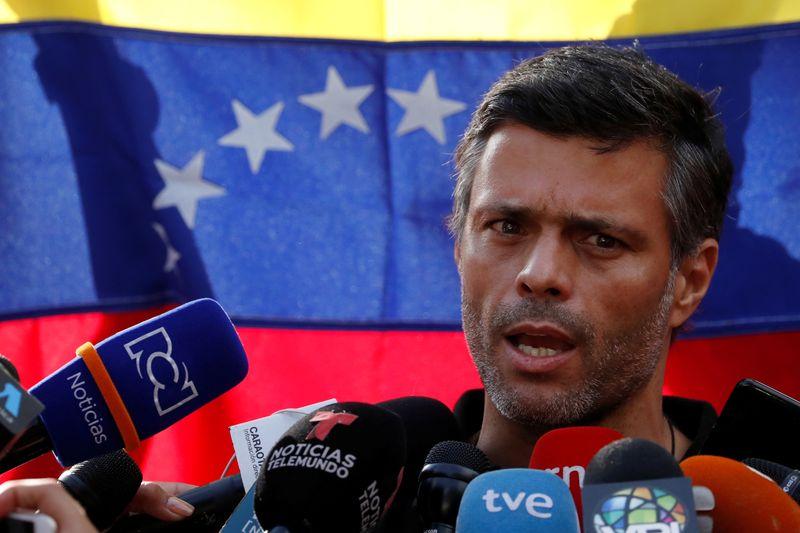 Lopez, in a series of tweets earlier, said he had left Venezuela but did not disclose his location. He pledged to continue helping the political opposition from exile in their campaign to unseat President Nicolas Maduro.

"Venezuelans, this decision has not been easy, but rest assured that you can count on this servant to fight from anywhere," Lopez said. "We will not rest and we will continue working day and night to achieve the freedom that all Venezuelans deserve."

In a statement, the Spanish foreign ministry said Lopez's decision to leave the Spanish embassy in Venezuela was "personal and voluntary."

Lopez's party, Popular Will, did not say how he left Venezuela, but two people familiar with the matter said he travelled via Colombia.

Lopez was jailed in 2014 for leading violent protests against Maduro, and was released to house arrest in 2017. From his Caracas home, he was a mentor to opposition leader Juan Guaido, who early last year invoked the constitution to assume an interim presidency and began a campaign to unseat Maduro.

In April 2019, when Guaido tried to spur a military revolt against Maduro, Lopez appeared on the streets alongside him. After the uprising fizzled, Lopez sought shelter at the Spanish ambassador's residence. Lopez's wife, Lilian Tintori, who had joined him at the residence, left for Spain that May.

Since then, Guaido's campaign has struggled to maintain momentum, while authorities have detained dozens of his allies and Maduro has cemented his control over the military.

Venezuela's government on Sunday accused Spain, in a statement, of aiding the "illegal escape of a dangerous criminal" in violation of international law and said authorities would investigate the "crimes committed."

Following Lopez's flight, intelligence agents arrested four Venezuelans who worked with Lopez in Caracas, including two of his bodyguards, according to Ana Leonor Acosta, a local lawyer who said she was contracted to defend the four individuals.