USOPC say it is making progress on reforms amid new legislation

By Rory Carroll (Reuters) - A top U.S. Olympic official on Thursday said the organisation is addressing its failure to protect its athletes from the sexual abuse of a team doctor, comments that come days after legislation was introduced aimed at reforming the body. U.S 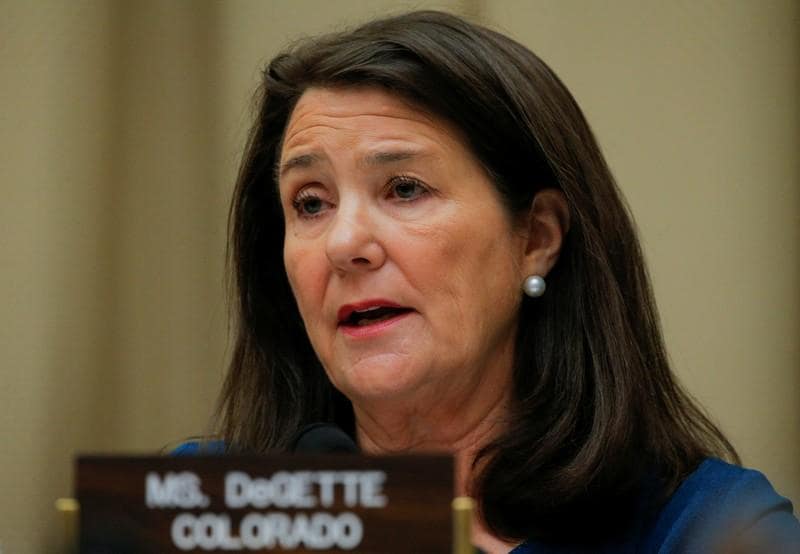 (Reuters) - A top U.S. Olympic official on Thursday said the organisation is addressing its failure to protect its athletes from the sexual abuse of a team doctor, comments that come days after legislation was introduced aimed at reforming the body.

U.S. Congresswoman Diana DeGette on Monday announced legislation that would create a commission to look into the U.S. Olympic and Paralympic Committee and its national governing bodies, which run the individual sports.

The bill comes after USA Gymnastics team doctor Larry Nassar was sentenced to up to 300 years in prison after more than 350 women testified he had abused them.

"We are and have been very clear that the Olympic Movement failed our athletes," U.S. Olympic & Paralympic Committee (USOPC) chair Susanne Lyons told reporters following a USOPC board meeting.

"We have also made enormous strides forward and significant changes and are continuing to do so.

"We're proud of the work we've done and we know that work is not yet completed ... and we are committed to doing it."

DeGette's bill would require Congress to appoint a 16-member commission, which would include at least eight athletes, to study how the USOPC operates and provide Congress with a list of reform recommendations.

The commission would have the power to subpoena witnesses and information from federal agencies as part of its review.

The bill is similar to one introduced in the Senate in January.

The National Olympic Committee has been pilloried since the Nassar case and come under heavy scrutiny from legislators.

A Congressional report released last December said the USOPC had prized "medals and money" over the safety of its athletes.

USOPC leaders have said that the organisation has implemented new leadership and stronger accountability measures in an effort to create a culture free from abuse.

It also said in February it would double its annual funding to $6.2 million for U.S. Center for SafeSport, the entity which investigates sexual abuse complaints raised by Olympic athletes.