US has 'no will' to stop the Islamic State, says Iran adviser

Tehran, Iran: The chief of an elite unit in Iran's Revolutionary Guard has accused the US of having "no will" to stop the Islamic State group after the fall of the Iraqi city of Ramadi, an Iranian newspaper reported Monday.

The comments by Gen. Qassem Soleimani, the head of the Guard's elite Quds unit, come just after US  Defense Secretary Ash Carter accused Iraqi forces of lacking the "will to fight" in an interview aired the day before. 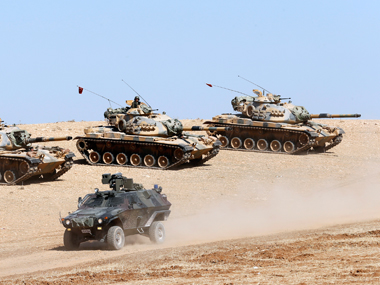 It wasn't clear whether Soleimani's remarks came as a direct response to Carter's, though tensions remain high between the two countries amid negotiations over Iran's contested nuclear program.

The report in the daily newspaper Javan, which is seen as close to the Guard, quoted Soleimani as saying the US didn't do a "damn thing" to stop the extremists' advance on Ramadi.

"Does it mean anything else than being an accomplice in the plot?" he reportedly asked, later saying the US showed "no will" in fighting the Islamic State group.

Soleimani said Iran and its allies are the only forces that can deal with Islamic State group,

"Today, there is nobody in confrontation with (the Islamic State group) except the Islamic Republic of Iran, as well as nations who are next to Iran or supported by Iran," he said.

US officials, including Carter, have said Iraqi forces fled the Islamic State advance on Ramadi without fighting back, leaving behind weapons and vehicles for the extremists. So far, the American approach to the conflict has been to launch airstrikes as part of an international coalition it leads, as well as equipping and training Iraqi forces.

Iran meanwhile has offered advisers, including Soleimani, to direct Shiite militias fighting against the extremists. Iran has said it does not have combat troops fighting in Iraq, though some Revolutionary Guard members have been killed there.