By Malcolm Foster TOKYO (Reuters) - In Japan, every emperor's era has its own name - appearing in places such as coins, official paperwork and newspapers - and with abdication coming at the end of April, speculation is swirling about what the new 'gengo' will be. 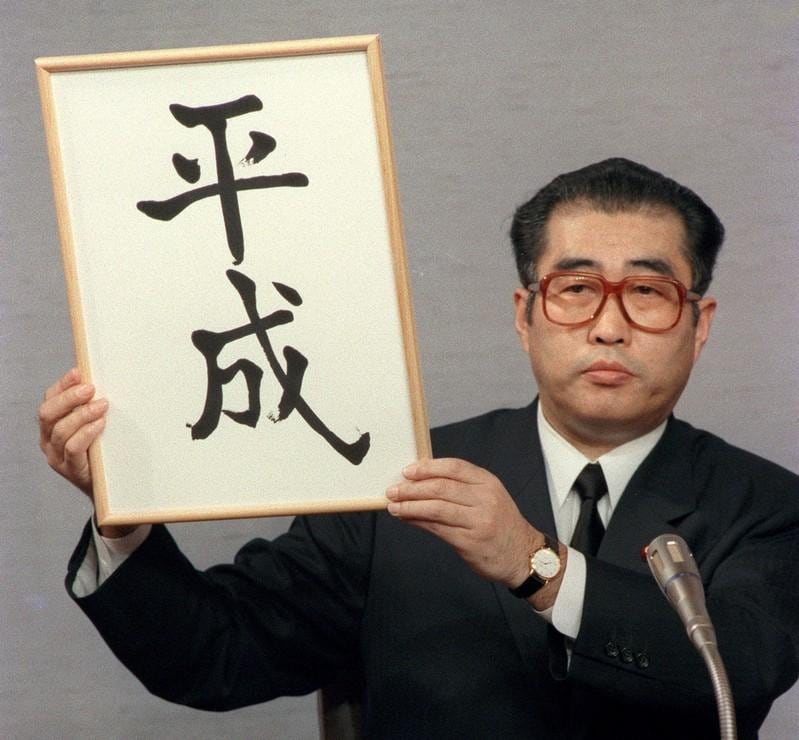 TOKYO (Reuters) - In Japan, every emperor's era has its own name - appearing in places such as coins, official paperwork and newspapers - and with abdication coming at the end of April, speculation is swirling about what the new "gengo" will be.

Although the Western calendar has become more widespread in Japan, many people here count years in terms of gengo or use the two systems interchangeably. Emperor Akihito's era, which began in 1989, is Heisei, making 2019 Heisei 31.

The new era name is one of biggest changes – practically and psychologically – for Japan at the start of Crown Prince Naruhito's reign on May 1. On April 30, Akihito will abdicate, ending an era in the minds of many Japanese.

The new name is so secret that senior government officials involved in the decision must surrender their cell phones and stay sequestered until it is broadcast, media reports say.

City offices and government agencies, which mostly use gengo in their computer systems and paperwork, have been preparing for months to avoid glitches.

To make the transition easier, authorities will announce the new gengo — two Chinese characters the cabinet chooses from a short list proposed by scholars – a month early, on April 1.

"We've been working on this change for about a year," said Tsukasa Shizume, an official in the Tokyo suburb of Mitaka, where the era name will be changed on 55 kinds of paperwork in 20 administrative sections. The month-long lead time should be sufficient, he said.

Fujitsu and NEC Corp. have been helping customers ensure the switch doesn't crash their systems. Programs have been designed to make it easy to change the gengo, said Shunichi Ueda, an NEC official.

"If people want to test their computer systems, they can use a trial gengo and see if it works," he said.

Most major companies use the Western calendar in their computer systems, so it won't affect them as much, although smaller companies might run into some problems, he said.

In Tokyo's Minato ward, officials will cross out Heisei on thousands of documents and stamp the new gengo above it.

The era name is more than just a way of counting years for many Japanese.

It's a word that captures the national mood of a period, similar to the way "the '60s" evokes particular feelings or images, or how historians refer to Britain's "Victorian" or "Edwardian" eras, tying the politics and culture of a period to a monarch.

"It's a way of dividing history," said Jun Iijima, a 31-year-old lawyer who was born the last year of Showa, the era of Akihito's father, Emperor Hirohito. "If you were just counting years, the Western system might be sufficient. But gengo gives a certain meaning to a historical period."

The 64-year Showa era, which lasted until 1989, has generally come to be identified with Japan's recovery and rising global prominence in the decades after World War Two.

The imperial era name is also a form of "soft nationalism," said Ken Ruoff, director of the Centre for Japanese Studies at Portland State University.

"It's one of these constant low-level reminders that Japan counts years differently and Japan has a monarchy," he said.

The gengo characters are carefully chosen with an aspirational meaning. Heisei, which means "achieving peace," began on Jan. 8, 1989, amid high hopes that Japan would play a greater role in global affairs after decades of robust economic growth.

Soon afterward, Japan's economic bubble popped, ushering in a long period of stagnation and deflation. The rise of China and South Korea diminished Japan's international prominence, and a series of disasters - including the 1995 Kobe earthquake and 2011 earthquake, tsunami and nuclear crises - has marred Heisei's image.

In daily life, usage of the gengo system is slowly declining as Japan integrates into the global economy.

Japanese drivers licenses have started to print both dates, instead of just gengo.

Iijima, the lawyer, says legal paperwork uses the era name because that's what the court system uses. But in daily life he uses both. For global events, he thinks in terms of the Western calendar - like the Sept. 11, 2001, terrorist attacks - and uses both dating systems for domestic events.

He is indifferent about what characters will be chosen for the next gengo.

But remembering that his grandparents suffered during World War Two, he hopes that it will be an era without war, that Japan will keep up economically with China and India and that it will grow into a "mature," more tolerant place.

"I hope Japan can become a society where minorities can live more easily," he said.