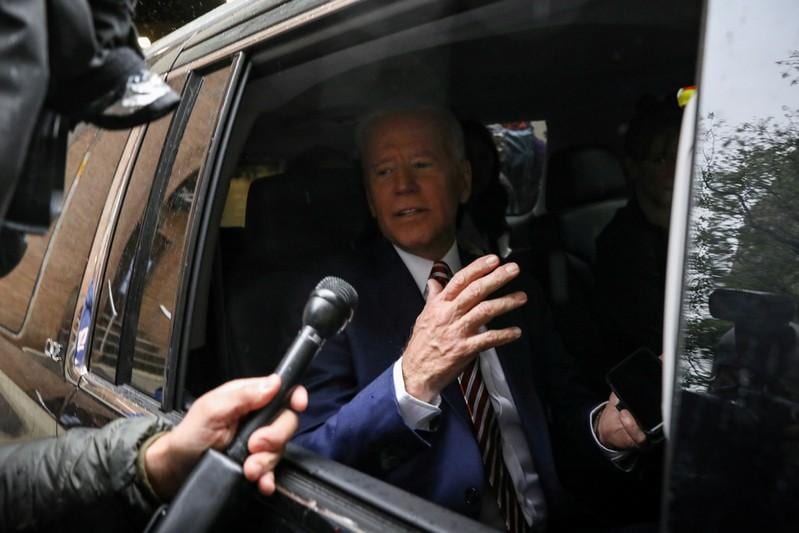 WASHINGTON (Reuters) - Former U.S. Vice President Joe Biden, in his first interview as a Democratic presidential candidate, said on Friday that he does not believe he treated law professor Anita Hill badly during the 1991 confirmation hearings for Supreme Court Justice Clarence Thomas.

Biden had joined the burgeoning 2020 Democratic field a day earlier.

Biden’s conduct during those hearings, when he was chairman of the U.S. Senate Judiciary Committee, became a renewed subject of controversy after the New York Times reported that Biden had called Hill earlier this month in the run-up to his presidential bid and that Hill was dissatisfied with Biden’s expression of regret.

Appearing on ABC’s “The View,” Biden largely defended his actions as a senator almost 30 years ago, saying he believed Hill’s allegations of sexual harassment levied at Thomas and tried to derail his confirmation.

Activists have long been unhappy that Hill was questioned in graphic detail by the all-white, all-male committee chaired by Biden.

“I’m sorry she was treated the way she was treated,” Biden said, but later, he asserted, “I don’t think I treated her badly. ... How do you stop people from asking inflammatory questions?”

“There were a lot of mistakes made across the board and for those I apologize,” he said.

Biden praised Hill as “remarkable” and said she is “one of the reasons we have the #MeToo movement.”

Asked why he had not reached out to Hill earlier, Biden said he had previously publicly stated he had regrets about her treatment and that he “didn’t want to quote invade her space.”

That seemed to be a reference to another controversy that looms over Biden’s presidential run: allegations by several women that he made them uncomfortable by touching them at political events.

Biden also addressed that criticism, saying he was now more “cognizant” about a woman’s “private space.” But he maintained that he had been “trying to bring solace.”

He suggested he was still trying to sort out the guidelines for his conduct going forward.

“I should be able to read better,” he said. “I have to be more careful.”

Pressed by the show’s panel for an apology to his accusers, Biden would not entirely capitulate.

“So, I invaded your space," he replied. "I mean, I’m sorry this happened. But I’m not sorry in a sense that I think I did anything that was intentionally designed to do anything wrong or be inappropriate.”

Biden, 76, served as former President Barack Obama's vice president for two terms. He is competing with 19 others for the Democratic presidential nomination and the chance to likely face President Donald Trump next year in the general election.

His first public event as a presidential candidate is scheduled for Monday in Pittsburgh.