By Amina Ismail AMARA, Iraq (Reuters) - Hasanain Alminshid had received death threats for his human rights activism for years, but ignored most of them. After his mentor was gunned down outside a police station, he finally made the difficult choice to flee Iraq. 'It's too dangerous now. 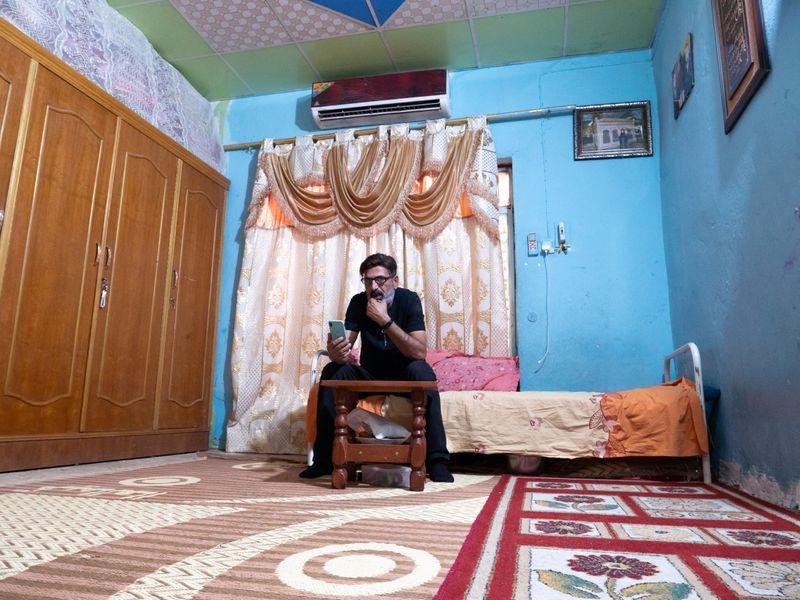 AMARA, Iraq (Reuters) - Hasanain Alminshid had received death threats for his human rights activism for years, but ignored most of them. After his mentor was gunned down outside a police station, he finally made the difficult choice to flee Iraq.

"It's too dangerous now. There have been killings in the open in front of security forces," he said, speaking by 'phone from Istanbul, where he has based himself since that incident in November last year.

Alminshid, 29, his mentor Amjad Aldhamat and several other activists had attended a meeting with police to discuss a planned protest in their hometown of Amara in southern Iraq during some of the most deadly anti-government unrest that swept Iraq last year.

As Aldhamat walked out, gunmen sped past in a car with tinted windows and no licence plates and shot him dead. Alminshid left the country five days later.

It was one of dozens of targeted killings that have pushed more and more young Iraqi civil society activists, rights workers and journalists to flee what they say is a continuing onslaught by militia groups.

Rights groups say the departure of people whose activities range from educating Iraqis about their right to vote to leading protests against perceived abuses has further weakened civil society movements that have been active for decades.

The independent rights organization Al-Amal says at least 44 kidnappings and 74 attempted killings of activists have taken place, mostly in Baghdad and southern Iraq, in the last year.

It has documented at least 39 killings since October 2019, when thousands of Iraqis took to the streets in mass anti-government protests demanding jobs and the departure of the ruling elite which they said was corrupt.

The protests toppled former prime minister Adel Abdul Mahdi in December but lost steam after more than 500 people were killed in a crackdown by security forces and unidentified gunmen, and during the COVID-19

"Assassinations escalated with the beginning of the protests last year," said Hassan Wahab of Al-Amal. "We have started losing our sources on the ground."

Reuters spoke to seven activists who fled Iraq in recent months, five of whom said that they were advised by local police to leave because they could not guarantee protection from armed groups.

A military official, speaking on condition of anonymity, said that security forces were often powerless to protect activists from rogue militias, because those groups had powerful political backers whom he did not name.

Militias linked to political parties, some backed by Iran, have tightened their grip over state institutions since the U.S. invasion that toppled President Saddam Hussein in 2003.

Prime Minister Mustafa al-Kadhimi, who took office in May, has pledged justice for activists killed or abused by armed groups, and has faced off against some Iran-backed parties.

But the formation of nearly 35 committees by the new government to tackle the challenges, including pursuing those responsible for protesters' deaths, has resulted in no prosecutions so far.

"I've lost all the hope I had in Kadhimi," Aldhamat's brother, Mohammed Aldhamat, told Reuters in Amara.

Speaking in Amjad's home, where their mother also lives, he added that his family had been told they would see the results of the investigation into his brother's death within three months. Four months have passed with no word.

An Iraqi government spokesman did not respond to requests for comment.

A government official, speaking on condition of anonymity, said state institutions were "infiltrated" by parties and militia groups that had no interest in punishing the killers of protesters.

The government has vowed to crack down on what it says are criminal armed groups trying to destabilise the country, and to impose state control over weapons as part of efforts to reduce the influence of militias.

Alminshid said a police officer at the hospital where Aldhamat was pronounced dead asked him a few questions, but no one has contacted him since.

The day after Aldhamat's killing, military authorities in Amara sent a memo to the interior ministry recommending that security forces protect nine other activists it said were on a hit list, according to a document seen by Reuters.

One of the activists on that list, 28-year-old Hamza Qassem, got wind of the memo through a friend in the Amara police force and left for Istanbul, where he, Alminshid and other exiled Iraqis who used to run a rights NGO in Amara now reside.

That NGO no longer exists. Seven of its founders are in Turkey and three have been killed.

The main protest site in Amara, which was occupied a year ago by throngs of anti-government protesters, is now sealed off by security forces and metal gates.

"We took to the streets and asked for a nation, but the authorities gave us a cemetery," said one of the protesters, Haider Halim. "The only solution is to leave."