GENEVA (Reuters) -The United Nations human rights office called on Thailand on Friday to amend its lese majeste law which it said had been used against at least 35 activists, one as young as 16, in recent weeks. 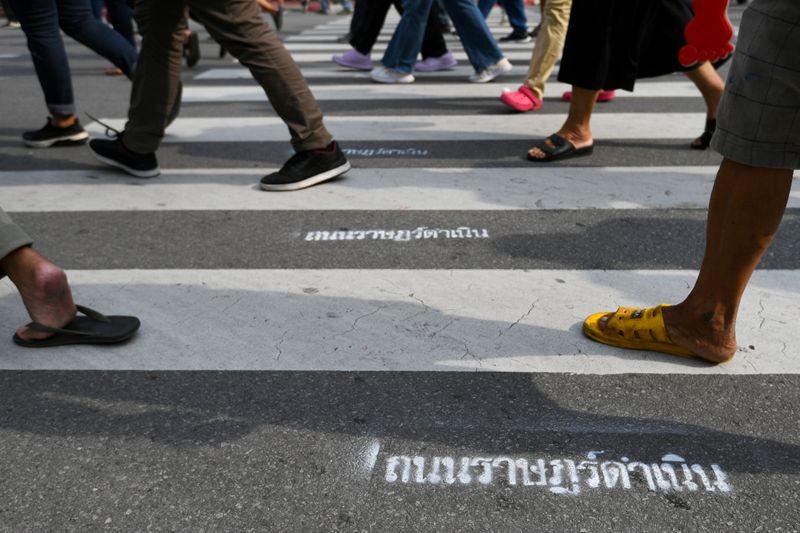 GENEVA (Reuters) -The United Nations human rights office called on Thailand on Friday to amend its lese majeste law which it said had been used against at least 35 activists, one as young as 16, in recent weeks.

It said Thailand should stop using the law, which bans insulting the monarchy, and other serious criminal charges against protesters, noting that criminalising such acts violates freedom of expression.

Prosecutions, which had stopped in 2018, restarted after protesters broke longstanding taboos by calling for reforms to curb the powers of King Maha Vajiralongkorn during months of street demonstrations. Those found guilty under the royal insult law face three to 15 years in prison.

The spokesperson for the U.N. High Commissioner for Human Rights noted that charges had also been filed against protesters for sedition and computer crimes offences.

"We call on the Government of Thailand to stop the repeated use of such serious criminal charges against individuals for exercising their rights to freedom of expression and peaceful assembly," spokeswoman Ravina Shamdasani told a news briefing in Geneva.

The office of U.N. High Commissioner for Human Rights Michelle Bachelet urged Thailand to change the lese majeste law to bring it in line with the right to freedom of opinion and expression.

In response, a Thai foreign ministry spokesman said the law was not aimed at curbing freedom of expression and was similar to libel laws.

"In the past couple of months, protestors have not been arrested solely for the exercise of the right to freedom of expression and peaceful assembly," Tanee Sangrat said in a statement.

"Those arrested had violated other Thai laws and admittedly the majority have been released."

Youth-led protests began in July to call for the removal of Prime Minister Prayuth Chan-ocha, a former junta leader, and for the drafting of a new constitution.

They later called for reforms to the monarchy: seeking the king to be more clearly accountable under the constitution and the reversal of changes that gave him control of royal finances and some army units among other demands.