LONDON (Reuters) - British foreign secretary Jeremy Hunt's plans for tax cuts and more defence spending if he becomes prime minister carry a cost of around 36 billion pounds ($46 billion) a year, estimates from the Institute for Fiscal Studies showed on Thursday. 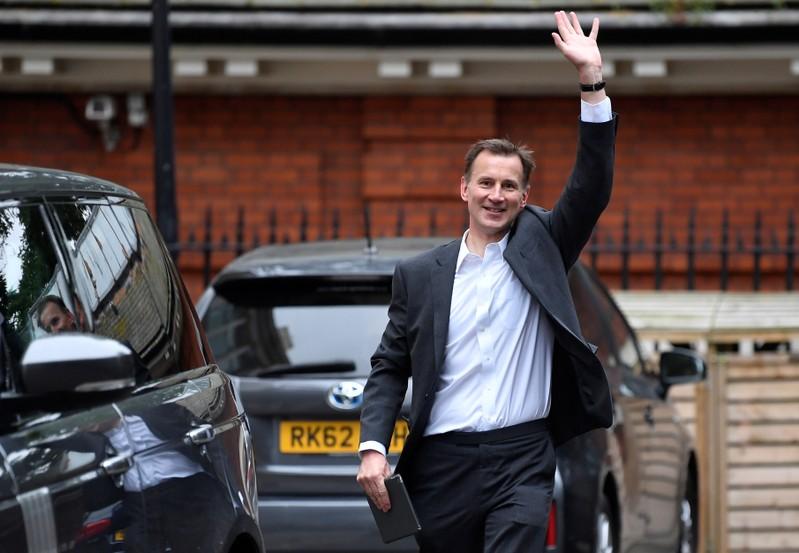 LONDON (Reuters) - British foreign secretary Jeremy Hunt's plans for tax cuts and more defence spending if he becomes prime minister carry a cost of around 36 billion pounds ($46 billion) a year, estimates from the Institute for Fiscal Studies showed on Thursday.

The IFS, an independent think tank, this week put a 20 billion-pound estimate on the tax cuts promised by Boris Johnson who is competing with Hunt to succeed Theresa May.

"Like his rival, Jeremy Hunt has made some expensive pledges in his campaign to become prime minister," IFS director Paul Johnson said.

To put the figures into context, Britain's official budget forecasters expect a 29 billion-pound budget deficit this year, assuming there is an orderly Brexit, and for the government to raise total revenues of 811 billion pounds.

Hunt's proposal to cut tax on company profits to 12.5% from 17% would cost about 13 billion pounds a year initially, though possibly less in the longer term if it encouraged multinational businesses to book profits in Britain.

The country already has the lowest headline rate of corporation tax of any large advanced economy, though Ireland and some eastern European countries are lower.

Cutting interest rates on student loans, another of Hunt's ideas, would have little long-term cost, given the high rate of loan write-offs already forecast, but his plan to raise defence spending to 2.5% of national income from 2% would cost 15 billion pounds a year.

"(This) would leave no scope to relieve the pressure on other areas of public spending, without tax rises or a fiscal stance which risked putting debt on a rising path," the IFS's Johnson said.

Both Hunt and Johnson have proposed raising the annual earnings threshold at which employees have to pay the 12% National Insurance payroll tax from 8,632 pounds.

If this was increased to bring it in line with the 12,500 pound starting point for income tax, that would cost at least 11 billion pounds a year and remove 2.4 million workers from payroll taxes, the IFS said.