By Matthias Williams and Natalia Zinets KIEV (Reuters) - Ukrainian President Volodymyr Zelenskiy picked a lawyer with links to a prominent tycoon on Tuesday as head of the presidential administration, an appointment closely watched by investors in the early days of Zelenskiy's term. A comedian with no prior political experience, Zelenskiy won last month's presidential election by a landslide on promises to fight corruption and put an end to politics as usual 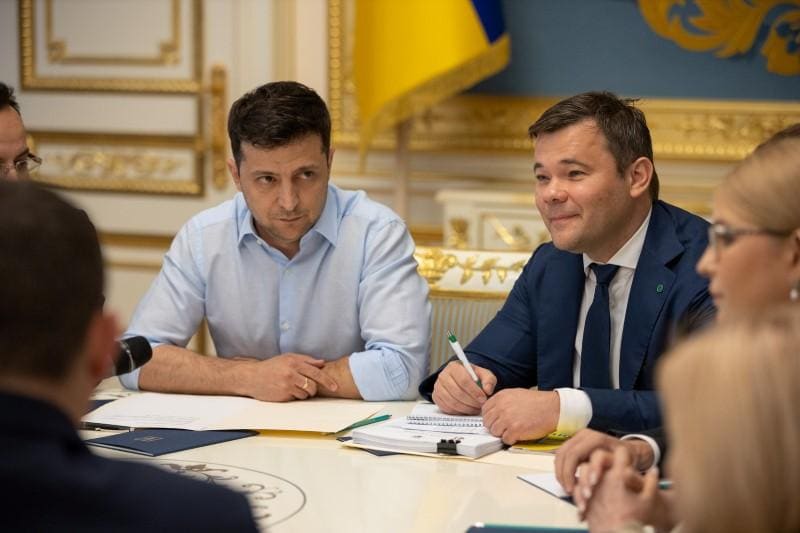 By Matthias Williams and Natalia Zinets

KIEV (Reuters) - Ukrainian President Volodymyr Zelenskiy picked a lawyer with links to a prominent tycoon on Tuesday as head of the presidential administration, an appointment closely watched by investors in the early days of Zelenskiy's term.

A comedian with no prior political experience, Zelenskiy won last month's presidential election by a landslide on promises to fight corruption and put an end to politics as usual.

But he has come under scrutiny for his business ties to Ihor Kolomoisky, who is one of Ukraine's richest men and who has been at loggerheads with the authorities over control of PrivatBank, the largest lender in the country.

Zelenskiy on Tuesday appointed Andriy Bogdan as head of the presidential administration, a statement on his website said.

Bogdan was an adviser to Kolomoisky when he was a regional governor in 2014. He served as one of Kolomoisky's lawyers in the tycoon's running legal battle with the government over PrivatBank, which Kolomoisky owned until 2016.

"I think Bogdan will be viewed with some suspicion due to his connections to Kolomoisky, and will be held to account if he is seen to favour his former client by Ukraine's vibrant media, civil society and the international diplomatic corps," said Timothy Ash, head of emerging market research at Blue Bay Asset Management.

"But I think he will initially be given the benefit of the doubt."

Separately, Bogdan was quoted by Interfax Ukraine as saying that Oleksandr Danylyuk, a former finance minister, could be appointed as the secretary of Ukraine's security council.

Bogdan himself has held other jobs in government before.

Kolomoisky has challenged the authorities' decision to nationalise PrivatBank, which he said was done without justification.

A Kiev court ruled in favour of Kolomoisky in April by declaring that the nationalisation process had been illegal. The central bank is appealing the decision in a higher court.

Zelenskiy has longstanding business ties with Kolomoisky but has dismissed suggestions that he would return PrivatBank to Kolomoisky or offer him state compensation.