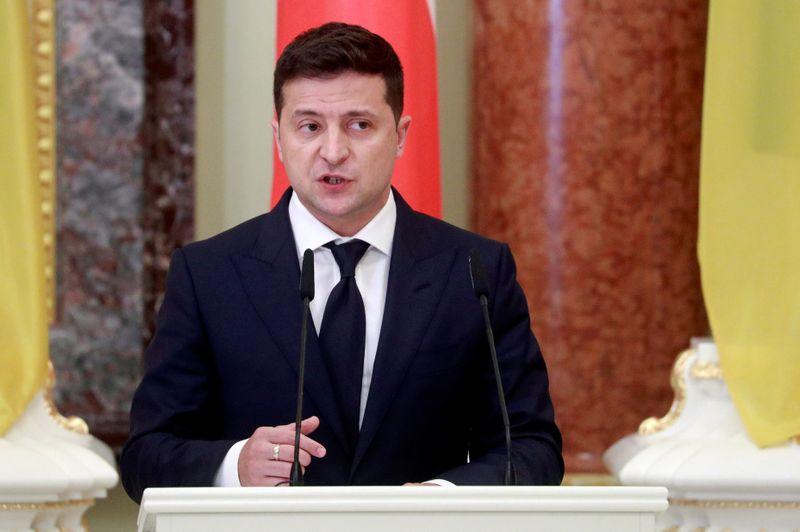 Ukraine was sucked into U.S. politics last year when a whistleblower revealed that President Donald Trump had asked President Volodymyr Zelenskiy to investigate Biden and his son Hunter, who had worked for a Ukrainian gas company.

Trump was accused by the Democratic-controlled House of Representatives of abusing his office and impeached, but acquitted in February this year by the Republican-held Senate.

During the impeachment furore, Zelenskiy stressed that Ukraine did not want to be involved in U.S. domestic politics, and sought to maintain bilateral support. Ukraine's prosecutor general found no evidence of wrongdoing against Hunter Biden.

The United States has been Ukraine's most powerful backer in its standoff with Russia following Moscow's 2014 annexation of Ukraine's Crimea peninsula. As vice president under Barack Obama, Biden was Washington's front man on Ukraine policy and repeatedly nudged Zelenskiy's predecessor to tackle corruption.

Zelenskiy tweeted his congratulations after Biden secured the more than the 270 votes in the Electoral College needed to win the presidency on Saturday.

"Undoubtedly, President Zelenskiy does not exclude the possibility of personally being present at the inauguration," presidential adviser Mikhail Podolyak said.

Biden "is deeply aware of our regional issues, and therefore it is obvious that we will get an extremely effective 'Ukrainian platform' right off the bat."

A source in Zelenskiy's office said Kyiv's decision to keep mostly quiet over the impeachment had "turned out to be the right strategy".

Yelyzaveta Yasko, a lawmaker in Zelenskiy's party and head of a foreign policy subcommittee, said Ukraine hoped to expand defence and economic cooperation under a Biden presidency.

"Unfortunately, we were dragged into that (impeachment) scandal and Ukraine suffered from this," she told Reuters. "It is worth noting that Zelenskiy and our entire team ...passed this period well, we were not dragged into conflicts."