UK PM Johnson cannot keep Scotland in union against its will: Sturgeon 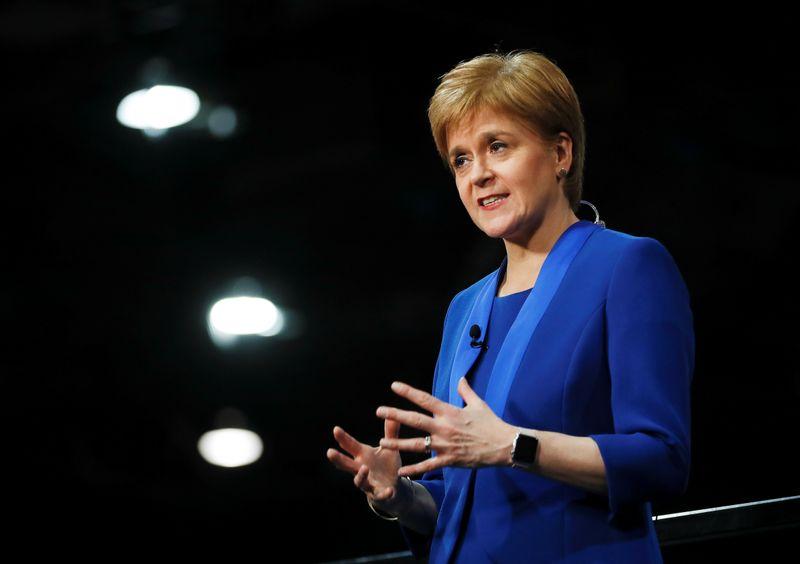 LONDON (Reuters) - Scotland's first minister, Nicola Sturgeon, warned Prime Minister Boris Johnson on Sunday that he could not keep Scotland in the United Kingdom against the country's will.

Johnson and his government have repeatedly said they will not give the go ahead for another referendum on Scottish independence, but Sturgeon said after the Scottish National Party won 48 of Scotland's 59 seats in the UK parliament, her party had been given a mandate for one.

"If he thinks ... saying no is the end of the matter then he is going to find himself completely and utterly wrong," Sturgeon told the BBC's Andrew Marr Show.

"You cannot hold Scotland in the union against its will ... If the United Kingdom is to continue it can only be by consent. And if Boris Johnson is confident in the case for the union then he should be confident enough to make that case and allow people to decide."