UK minister Gove backs PM May, saying it is not the time to change captain

LONDON (Reuters) - Britain's Environment Secretary Michael Gove said on Sunday Prime Minister Theresa May 'absolutely' had his support, adding that it was a time for 'cool heads' to focus on getting her twice-rejected Brexit agreement approved by lawmakers. 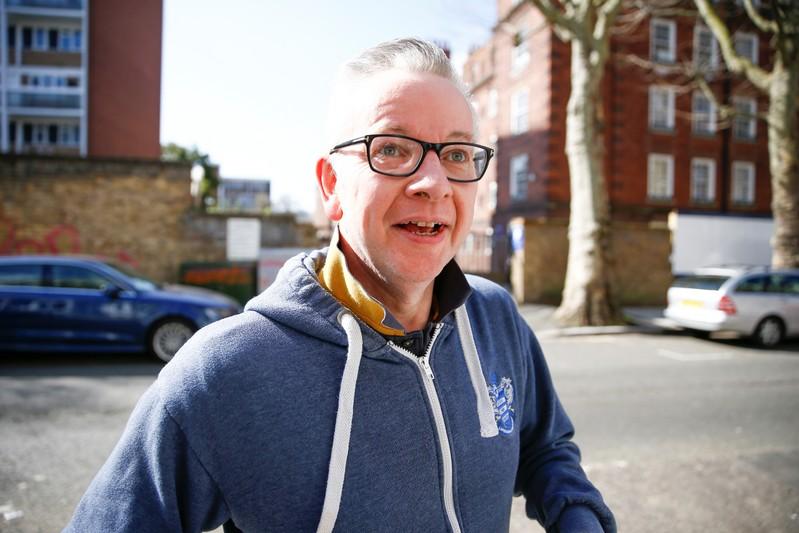 LONDON (Reuters) - Britain's Environment Secretary Michael Gove said on Sunday Prime Minister Theresa May "absolutely" had his support, adding that it was a time for "cool heads" to focus on getting her twice-rejected Brexit agreement approved by lawmakers.

"I think it is not the time to change the captain of the ship, I think what we need to do is to chart the right course, and the prime minister has charted that right course by making sure that we have a deal that honours the referendum mandate," he said.

Press reports late on Saturday said senior minister in May's government were discussing a leadership coup, with Gove or May's de facto deputy David Lidington mentioned as possible candidates to replace her in the short term.