By Alistair Smout LONDON (Reuters) - Britain's Labour opposition suspended its former leader Jeremy Corbyn on Thursday after he downplayed a report that detailed serious failings in the party's handling of persistent anti-Semitism complaints during his 2015-2019 leadership. 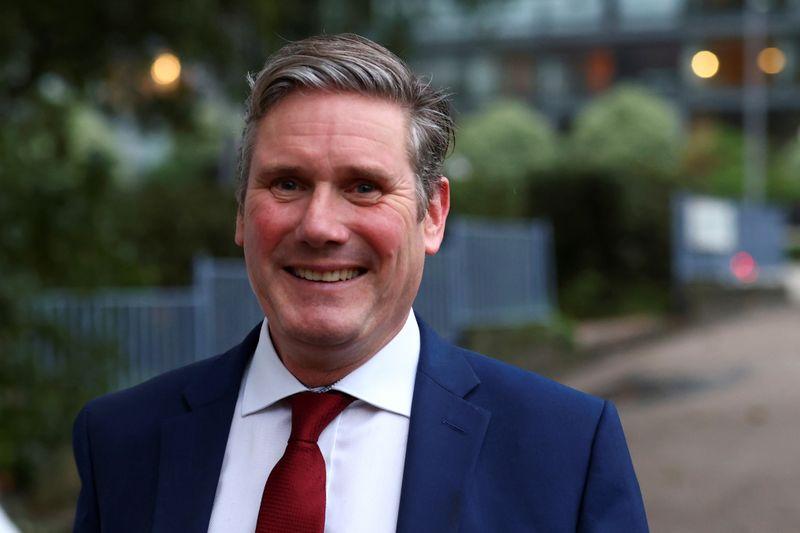 LONDON (Reuters) - Britain's Labour opposition suspended its former leader Jeremy Corbyn on Thursday after he downplayed a report that detailed serious failings in the party's handling of persistent anti-Semitism complaints during his 2015-2019 leadership.

The Equality and Human Rights Commission (EHRC) said it had found evidence of political interference in the processing of anti-Semitism complaints, failure to provide adequate training to people handling the complaints, and harassment.

"The ... analysis points to a culture within the party which, at best, did not do enough to prevent anti-Semitism and, at worst, could be seen to accept it," the EHRC said.

Corbyn's successor, Keir Starmer, said he accepted the findings in full and would implement all the recommended reforms.

"It is a day of shame for the Labour Party. We have failed Jewish people... I am truly sorry for all the pain and grief that has been caused," he said. "Never again will we fail to tackle anti-Semitism and never again will we lose your trust."

Starmer has been trying to mark a clean break from the Corbyn era on the anti-Semitism issue, but the ruling Conservatives were quick to point out that he had held a senior post as Labour Brexit policy chief under Corbyn.

Corbyn, 71, said he did not accept all the EHRC findings, that the scale of the problem had been overstated by the media and by his political opponents, and that his attempts to deal with the issue had been blocked by "obstructive party bureaucracy".

After his comments, Labour suspended him.

"In light of his comments made today and his failure to retract them subsequently, the Labour Party has suspended Jeremy Corbyn pending investigation," it said in a statement.

Corbyn said he would strongly contest his suspension, calling it a political intervention.

"I’ve made absolutely clear that those who deny there has been an anti-Semitism problem in the Labour Party are wrong," he said following his suspension.

"It’s also undeniable that a false impression has been created of the number of members accused of anti-Semitism... that is what has been overstated, not the seriousness of the problem."

The Board of Deputies of British Jews welcomed the suspension.

"Having presided over the descent of a proudly anti-racist party into a party that broke equalities law in its treatment of Jews, his shameless comments today showed that he remains part of the problem and is an obstruction to the resolution of the issue," President Marie van der Zyl said.

A veteran campaigner for Palestinian rights who spent decades as an obscure lawmaker on the left-wing fringes of the party, Corbyn shocked the establishment by winning the Labour leadership contest in 2015.

But critics, including some Jewish Labour lawmakers and members, said his ascent led to a surge of anti-Semitic comments within the party, with the lines between opposition to Israel and anti-Jewish prejudice becoming blurred.

The issue dogged Corbyn throughout his leadership despite his insistence that he opposed all forms of racism including anti-Semitism. Jewish leaders repeatedly condemned his statements as weak and tone-deaf.