By Andrew MacAskill LONDON (Reuters) - Britain's opposition Labour Party was plunged into fresh turmoil over Brexit on Friday as a key ally of leader Jeremy Corbyn attempted to have his deputy leader sacked on the eve of the party's annual conference. At a meeting of Labour's National Executive Committee, Jon Lansman, the founder of Momentum, a Corbyn-supporting grassroots movement, proposed a motion to abolish the post of deputy leader, currently held by Tom Watson, citing his disloyalty over Brexit, according to two party officials. 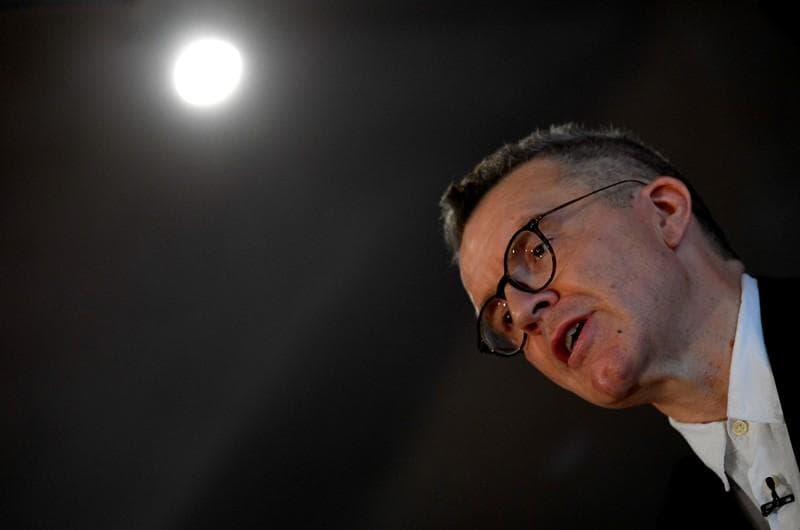 LONDON (Reuters) - Britain's opposition Labour Party was plunged into fresh turmoil over Brexit on Friday as a key ally of leader Jeremy Corbyn attempted to have his deputy leader sacked on the eve of the party's annual conference.

At a meeting of Labour's National Executive Committee, Jon Lansman, the founder of Momentum, a Corbyn-supporting grassroots movement, proposed a motion to abolish the post of deputy leader, currently held by Tom Watson, citing his disloyalty over Brexit, according to two party officials.

The chair ruled the motion should be thrown out. Members voted 17 to 10 to overturn that decision but did not reach the two-thirds majority required for it to pass, the officials said. The proposal is likely to go back on the committee's agenda on Saturday.

Britain’s 2016 EU referendum has split not only British towns and villages but also parliament, with both Conservative and Labour leaders struggling to keep their parties united.

Corbyn will face pressure from delegates at the conference, which begins on Saturday in the English seaside town of Brighton, to shift towards openly backing remaining in the European Union.

Britain is currently scheduled to leave the EU on Oct. 31 but parliament has ruled that it should be delayed for a second time unless a divorce deal is agreed.

If Brexit is delayed and an early election is called to break the deadlock, Corbyn, an EU critic, has come under pressure from many in his party to unequivocally back remaining in the bloc.

But some in the Labour leader's team fear the party will lose the support of Brexit backers in places such as northern England, voters who could be crucial in an election that could come before the end of the year.

The divisions over Brexit were on display earlier this month when Watson said he supported pressing for a second referendum before an early national election.

His argument put him at odds with Corbyn, who says Labour would offer the people a second referendum on a credible option to leave against remaining in the EU, but only after an election.

Some Labour politicians criticized the attempt to remove Watson, saying this was not the time for the party to be divided.

The party "should be about putting forward a strong, unified message and showcasing the policies that will win that election," said Justin Madders, a member of parliament.