LONDON (Reuters) - The reproduction rate of the coronavirus in the United Kingdom is now somewhere between 0.7 and 1.0, government scientific advisers said on Friday, a slight rise on figures given last week. Prime Minister Boris Johnson said last week the rate was 0.5 to 0.9. 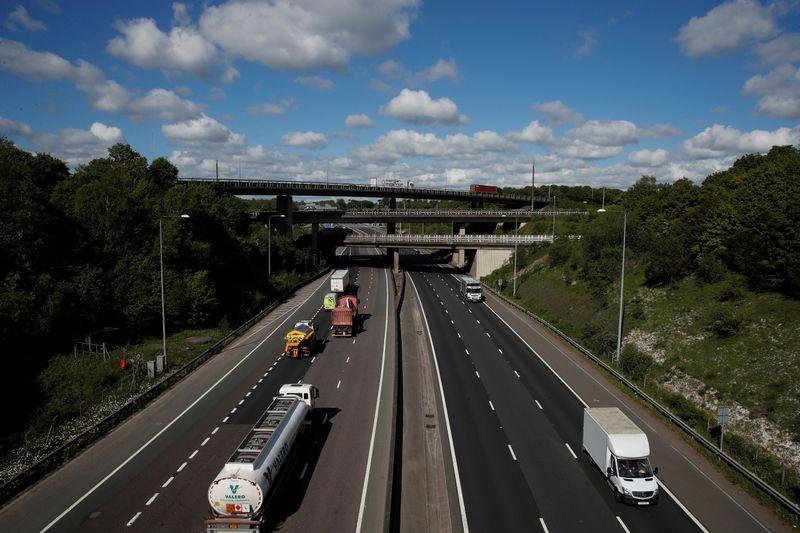 LONDON (Reuters) - The reproduction rate of the coronavirus in the United Kingdom is now somewhere between 0.7 and 1.0, government scientific advisers said on Friday, a slight rise on figures given last week.

Prime Minister Boris Johnson said last week the rate was 0.5 to 0.9. The government has said it will keep a close eye on the so-called 'R' rate as it looks at how quickly to ease lockdown measures first introduced in March.

As the number is below one, the virus is not spreading exponentially, but the rise in the number means that infections are falling more slowly now.

Asked at the government's daily news conference about the rise, health minister Matt Hancock said the key thing for the easing of lockdown was that the R is still not above 1.

The government began gradually lifing some lockdown measures in England on Wednesday, allowing people to exercise more than once a day and encouraging people who cannot work from home to return to their jobs.

As the R rate, a consensus view from scientists advising the government, is estimated from data on cases, hospitalisations and deaths, there is a delay of around 2-3 weeks, so the latest range does not cover the period of lockdown being eased.

Government scientific advisers said the coronavirus outbreak was now concentrated in hospitals and care homes and the reproduction rate was subject to substantial regional variation.

"This is very much a national average but it is quite likely in the community, across the country ... that R value will be lower," England's Deputy Chief Medical Officer Jenny Harries said.

Just 49 people were admitted to hospital for Covid-19 in London on Thursday for example, the scientists said.

Figures from the government published earlier on Friday showed the number of people who have died in the United Kingdom after testing positive was 33,998 by 1600 GMT on Thursday.