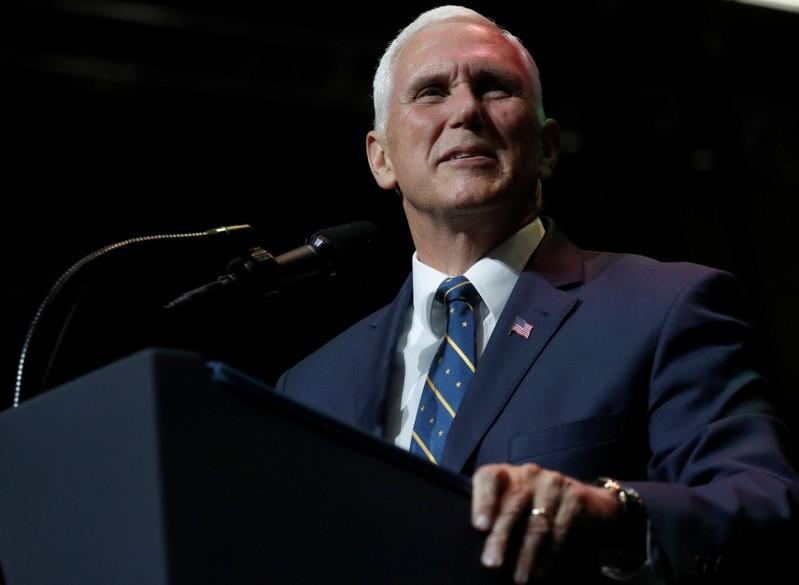 WASHINGTON (Reuters) - Venezuela's expulsion of two U.S. diplomats "will be met with a swift response," U.S. Vice President Mike Pence said on Wednesday, but he gave no details about what measures Washington was considering.

The expulsions marked the latest escalation of tensions between the two countries, after the United States imposed new sanctions on the oil producer in response to what Washington decried as "sham" elections.

Venezuela's leftist President Nicolas Maduro won re-election on Sunday by a wide margin but critics said the vote was not free or fair. The United States, the European Union and several Latin American countries said the election did not meet democratic standards.

U.S. President Donald Trump imposed sanctions on Monday limiting Venezuela's ability to sell state assets. Maduro responded on Tuesday by accusing the U.S. charge d'affaires, Todd Robinson, of being involved in a "military conspiracy," and ordering him and another senior diplomat to leave the country within 48 hours.

The State Department and the two diplomats have denied Maduro's allegations.