By David Lawder and Andrea Shalal WASHINGTON (Reuters) - U.S. Treasury Secretary Steven Mnuchin is expected to serve out his term until the inauguration of President-elect Joe Biden on Jan. 20, sources familiar with Mnuchin's thinking said on Thursday. 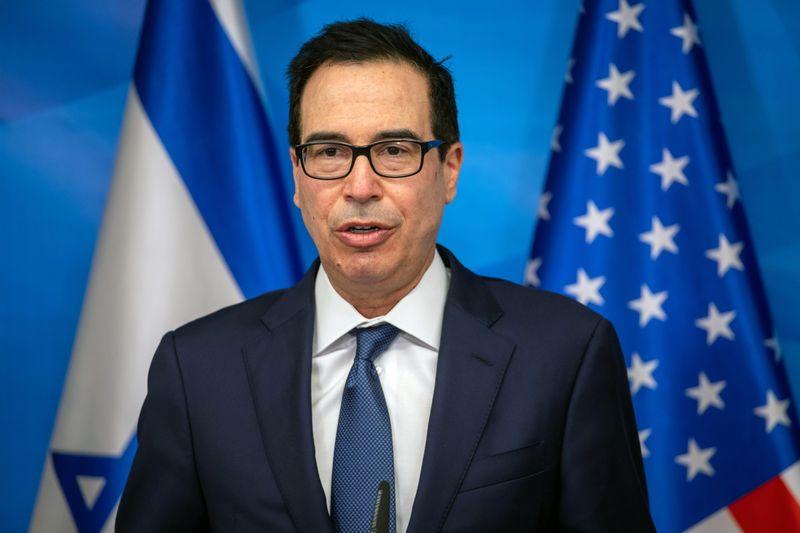 WASHINGTON (Reuters) - U.S. Treasury Secretary Steven Mnuchin is expected to serve out his term until the inauguration of President-elect Joe Biden on Jan. 20, sources familiar with Mnuchin's thinking said on Thursday.

Mnuchin and other key Treasury officials will remain in office to continue working on various policy initiatives, including domestic stimulus measures and an array of international initiatives, the sources said.

The decision sends an important signal to financial markets amid a spate of resignations by other administration officials, who cited President Donald Trump's response to a violent assault on the U.S. Capitol by his supporters.

Mnuchin, speaking during a visit to Israel, on Thursday condemned the violence at the Capitol as "completely unacceptable" and said he looked forward to continued work on the transition to the Biden administration.

Mnuchin, a former Goldman Sachs executive who has served as Treasury secretary since the start of the Trump administration, echoed those remarks in a brief letter to Treasury employees.

"The violence that occurred at the Capitol yesterday was completely unacceptable," Mnuchin said. "Our democracy will prevail, and our institutions will remain strong. Now is the time for our nation to come together, as one, and to respect the democratic process."

He thanked Treasury employees for their "continued hard work and dedication to our important mission".

"However deeply disturbing these events have been, there's a lot of important work to do," one of the sources told Reuters.

Treasury on Thursday launched a $25 billion emergency rental assistance program created as part of the latest coronavirus aid package approved by Congress at the end of 2020.

The program provides funds directly to states and local governments with more than 200,000 residents and tribal authorities, to help those unable to pay rent and utilities due to the COVID-19 pandemic.

Treasury also is working with the Defense Department and other agencies to implement a White House executive order banning investments in Chinese companies linked to China's military.