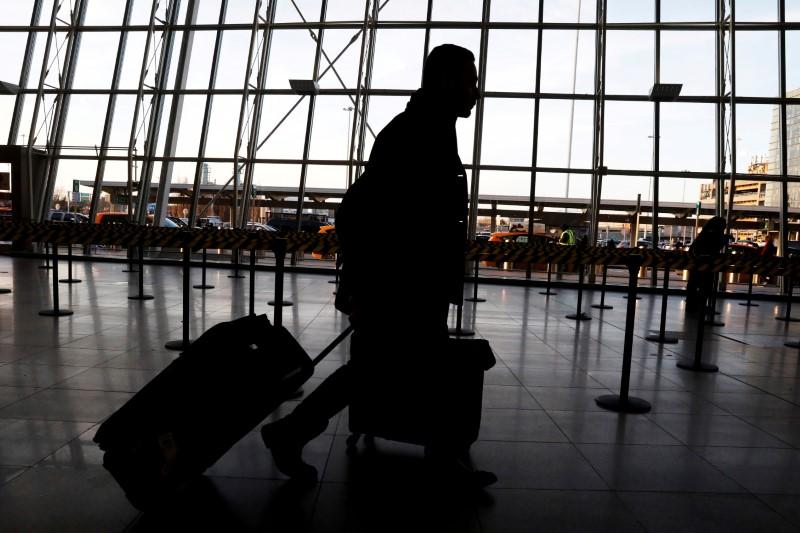 By Julie Steenhuysen and Manas Mishra

(Reuters) - The United States will begin screening efforts at three U.S. airports to detect travellers from the central Chinese city of Wuhan who may have symptoms of a new respiratory virus that so far has killed two people and infected 45 more, public health officials said on Friday.

The Centers for Disease Control and Prevention (CDC) said the screening at the San Francisco, New York and Los Angeles airports will begin later on Friday and focus on travellers to the United States via direct or connecting flights from Wuhan.

So far, the new virus has spread outside of China to Japan and Taiwan, and CDC officials said in a conference call with reporters that they expect more cases will be reported outside of China. The risk to Americans is deemed to be low, the CDC said.

Dr. Martin Cetron, director of the CDC's Division of Global Migration and Quarantine, said in a conference call that the CDC will be sending about 100 additional staff to the three airports -- Los Angeles International, San Francisco International and New York's John F. Kennedy International -- to supplement existing staff at quarantine stations located at those airports.

Under the screening procedures, travellers from Wuhan will be taken to a separate area in the airport, where they will complete a questionnaire and be checked for fever. Those with symptoms will be asked additional health- and exposure-related questions, and those needing more follow-up will be referred to a designated healthcare facility for more testing.

The Chinese virus is a coronavirus, a large family of viruses that can cause infections ranging from the common cold to severe acute respiratory syndrome, or SARS, a highly infectious virus that originated in China in 2002 and eventually travelled to 37 countries, killing 774 people.

So far, health officials do not consider the new virus from China to be as lethal as SARS, but the investigation is evolving and much is still not known about whether the virus can spread easily from person to person.

"This is the stage of the investigation where we need to proceed cautiously and be prepared for any eventuality," Dr. Nancy Messonnier, a CDC expert in respiratory diseases, said on the conference call.

China health officials report that most of the patients infected with the virus have had exposure to a large market where live animals were present, suggesting the virus is new and has jumped from animals to humans.

It is still not clear how well the virus can be transmitted from person to person, but there are indications of some limited spread from person-to-person, CDC officials said.

The World Health Organization earlier this week provided guidance to hospitals worldwide about infection prevention and control in case the new virus spreads. There is no specific treatment for the new virus, but anti-virals are being considered.

(Reporting by Julie Steenhuysen in Chicago and Manas Mishra in Bengaluru; Editing by Leslie Adler)