U.S. to meet Taliban in Islamabad on February 18: Taliban spokesman

By Abdul Qadir Sediqi KABUL (Reuters) - Taliban negotiators will meet their U.S. counterparts on Feb. 18 in Pakistan's capital Islamabad as part of accelerating diplomacy to end more than 17 years of war in Afghanistan, Taliban spokesman Zabihullah Mujahid said on Wednesday. 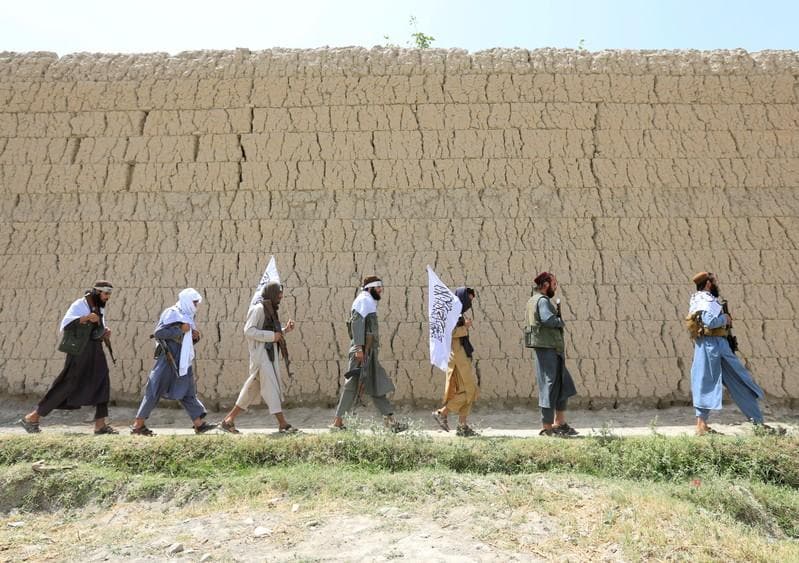 KABUL (Reuters) - Taliban negotiators will meet their U.S. counterparts on Feb. 18 in Pakistan's capital Islamabad as part of accelerating diplomacy to end more than 17 years of war in Afghanistan, Taliban spokesman Zabihullah Mujahid said on Wednesday.

But a U.S. State Department representative said in a statement that the United States had "not received a formal invitation to any talks."

The talks would come a week ahead of previously scheduled negotiations between the two sides in Qatar on Feb. 25. Mujahid said in a statement that the Qatar talks would still take place as scheduled.

While he said the Taliban delegation would meet the U.S. team, he did not specify any meetings with team head, U.S. special peace envoy Zalmay Khalilzad.

Khalilzad is due in Pakistan ahead of the Qatar talks as part of a six-country swing through Europe and the Middle East as he tries to build support for efforts to end America's longest war.

Both the hardline Islamist movement and the United States hailed progress after the end of the last round of negotiations in Qatar last month but Western diplomats familiar with discussions say that many tough hurdles lie ahead.

The U.S. side is expected to push hard for a ceasefire between Taliban insurgents and foreign-backed Afghan forces before any agreement on the withdrawal of U.S.-led foreign troops.

Taliban officials say they want all foreign troops out before a ceasefire, but would still welcome non-military foreign help to re-build the country.

Washington is also seeking more details on fresh assurances from the Taliban that it would not allow Afghanistan to be used by groups such as al-Qaeda and Islamic State to attack the United States and its allies, Western diplomats said.

It is also pushing for the Taliban to talk to the Afghan government, which it has so far shut out of talks, branding it as a puppet of Washington.

U.S. President Donald Trump used his State of the Union address last week to say progress in negotiations with the Taliban would allow a reduction in the approximately 14,000 U.S. troops currently in Afghanistan and a renewed "focus on counter terrorism."