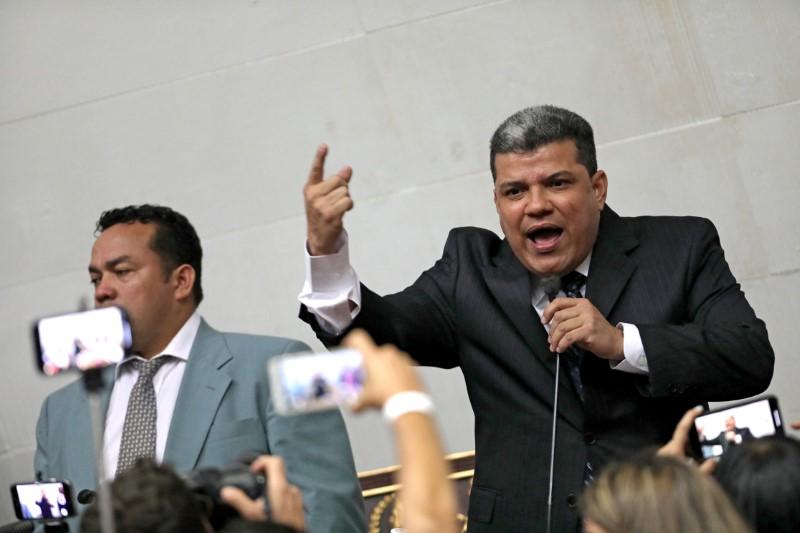 Opposition legislators in a separate session on Jan. 5 re-elected Guaido and later returned to the legislative palace to hold session.

Washington blacklisted Parra and six other current or former officials "who, at the bidding of Maduro, attempted to block the democratic process in Venezuela," U.S. Treasury Secretary Steven Mnuchin said in a statement.

Reuters reported last week that the Trump administration was weighing imposing sanctions against Parra and more than a dozen others who took part in the Socialist Party's attempt to take control of congress.

The sanctions, Washington's latest action targeting the socialist Maduro government, freeze any U.S. assets of those targeted and generally prohibit Americans from doing business with them.

Last January, Washington recognised Guaido as the OPEC nation's legitimate interim president and began ratcheting up sanctions and diplomatic pressure in an effort to oust Maduro.

A year later, Maduro remains in power, backed by the military as well as Russia, China and Cuba. A senior administration official told Reuters in October that U.S. President Donald Trump's frustration over the lack of results had spurred aides to ready further actions.