By Lawrence Hurley WASHINGTON (Reuters) - The U.S. Supreme Court on Friday threw out a lawsuit seeking to block President Donald Trump's plan to exclude immigrants living illegally in the United States from the population count used to allocate congressional districts to states 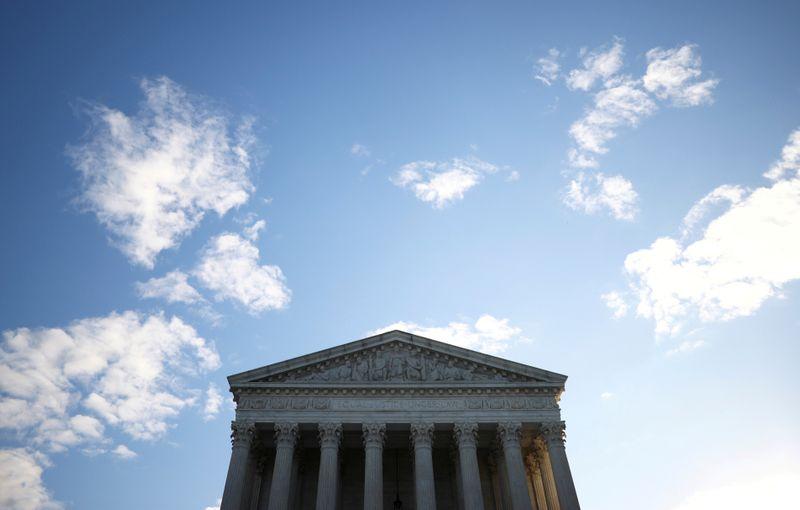 WASHINGTON (Reuters) - The U.S. Supreme Court on Friday threw out a lawsuit seeking to block President Donald Trump's plan to exclude immigrants living illegally in the United States from the population count used to allocate congressional districts to states.

The 6-3 ruling on ideological lines, with the court's six conservatives in the majority and three liberals dissenting, gives Trump a short-term victory as he pursues his hard-line policies toward immigration in the final weeks of his presidency.

However, his administration is battling against the clock to follow through on the vaguely defined proposal before President-elect Joe Biden takes office on Jan 20. The justices left open the possibility of fresh litigation if Trump's administration completes its plan.

The unsigned decision said that "judicial resolution of this dispute is premature" in part because it is not clear what the administration plans to do.

"At present, this case is riddled with contingencies and speculation that impede judicial review," the ruling said. The decision noted that the court was not weighing the merits of Trump's plan.

Challengers led by New York state and the American Civil Liberties Union said Trump's proposal would dilute the political clout of states with larger numbers of such immigrants, including heavily Democratic California, by undercounting state populations and depriving them of seats in the U.S. House of Representatives to the benefit of his fellow Republicans.

"If the administration actually tries to implement this policy, we'll sue. Again. And we'll win," said Dale Ho, a lawyer for the American Civil Liberties Union who represents the challengers.

The administration has not disclosed what method it would use to calculate the number of people it proposed to exclude or which subsets of immigrants would be targeted. Acting Solicitor General Jeffrey Wall told the justices during the Nov. 30 oral argument in the case that the administration could miss a Dec. 31 statutory deadline to finalize a Census Bureau report to Trump containing the final population data, including the number of immigrants excluded.

During the oral argument, Wall told the justices that it is "very unlikely" the administration would amass data to exclude all immigrants in the country illegally. Instead, Wall said, it may propose excluding certain groups, such as the fewer than 100,000 in federal detention, and the total number may not be high enough to affect apportionment.

Liberal Justice Stephen Breyer wrote in a dissenting opinion that the government can currently try to exclude millions of individuals, including those who are in immigration detention or deportation proceedings, and the some 700,000 young people known as "Dreamers" who came to the U.S. illegally as children.

"Where, as here, the government acknowledges it is working to achieve an allegedly illegal goal, this court should not decline to resolve the case simply because the government speculates that it might not fully succeed," Breyer added.

There are an estimated 11 million immigrants living in the United States illegally. The challengers have argued that Trump's policy violates both the Constitution and the Census Act, a federal law that outlines how the census is conducted.

The Constitution requires apportionment of House seats to be based upon the "whole number of persons in each state." Until now, the U.S. government's practice was to count all people regardless of their citizenship or immigration status.

By statute, the president is required to send Congress a report in early January with the population of each of the states and their entitled number of House districts.

The challengers have argued that Trump's plan could leave several million people uncounted and cause California, Texas and New Jersey to lose House seats.

A three-judge panel in New York ruled against the administration in September.

The Supreme Court in June 2019 ruled against Trump's effort to add a citizenship question to the census. Critics said the question was intended to frighten immigrants from taking part in the population count and artificially reduce population numbers in heavily Democratic areas, also to benefit Republicans.