By Lawrence Hurley WASHINGTON (Reuters) - Aides to former New Jersey Governor Chris Christie who were at the center of the 'Bridgegate' scandal engaged in corruption and abuse of power but not criminal acts, the U.S. Supreme Court ruled on Thursday as it unanimously threw out their convictions and placed new limits on political corruption prosecutions. The justices sided with Bridget Anne Kelly and Bill Baroni, both of whom were convicted for their roles in a scheme to engineer traffic chaos in September 2013 on the world's busiest bridge to punish a local mayor who refused to endorse Christie's gubernatorial re-election bid 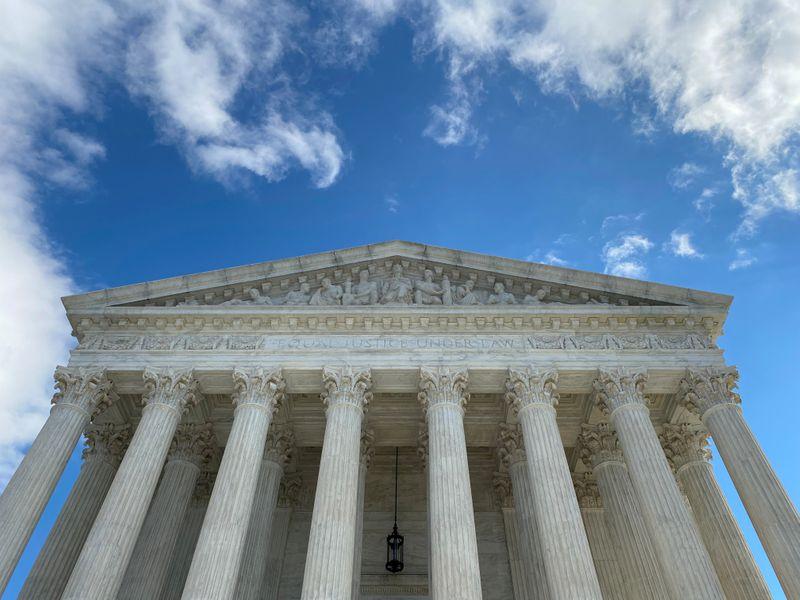 WASHINGTON (Reuters) - Aides to former New Jersey Governor Chris Christie who were at the center of the "Bridgegate" scandal engaged in corruption and abuse of power but not criminal acts, the U.S. Supreme Court ruled on Thursday as it unanimously threw out their convictions and placed new limits on political corruption prosecutions.

The justices sided with Bridget Anne Kelly and Bill Baroni, both of whom were convicted for their roles in a scheme to engineer traffic chaos in September 2013 on the world's busiest bridge to punish a local mayor who refused to endorse Christie's gubernatorial re-election bid.

"The evidence the jury heard no doubt shows wrongdoing - deception, corruption, abuse of power. But the federal fraud statutes at issue do not criminalize all such conduct," liberal Justice Elena Kagan wrote on behalf of the court in the 9-0 ruling.

Kelly, a former Christie deputy chief of staff, and Baroni, a former deputy executive director of the Port Authority of New York and New Jersey, were convicted in 2016 of wire fraud and misusing Port Authority resources. The Supreme Court ruled that their actions did not fit within the definition of fraud under federal law.

"Having been maligned, I now stand with my family and friends knowing that due process worked. While this may finally have made this case right for me, it does not absolve those who should have truly been held accountable," Kelly said in a statement.

Kelly will serve none of her 13-month prison sentence, which had been hold while she appealed. Baroni started serving his 18-month sentence but was released when the Supreme Court agreed to hear the case last year.

"Although the process of getting to this day has been an ordeal, Bill is heartened that the system ultimately worked, even as he recognizes how often it fails others who are less fortunate," Baroni's lawyer, Michael Levy, said in a statement.

Kagan wrote that the federal fraud laws would be violated only if the aim of the two defendants was "to obtain the Port Authority's money or property." The scheme was an exercise of "regulatory power" that does not constitute "property" under the fraud laws, Kagan added.

The closures caused traffic gridlock and were intended to punish the Democratic mayor of Fort Lee, Mark Sokolich, after he declined to endorse the Republican Christie for re-election, according to prosecutors. The traffic was so bad that local authorities at the time called it a threat to public safety because it delayed emergency responders.

Christie denied involvement and was not charged. The scandal sullied Christie's reputation, damaged his campaign for the 2016 Republican U.S. presidential nomination and contributed to his sagging public approval ratings in New Jersey.

Christie served as an adviser to President Donald Trump in 2016. Trump later fired him as the head of his transition team after being elected president.

The ruling marks the latest instance in which the Supreme Court hemmed in prosecutors in corruption cases involving political figures. The court in 2016 decision also threw out Republican former Virginia Governor Robert McDonnell's bribery conviction in another ruling that narrowed the types of conduct that can warrant prosecution.

McDonnell and former media mogul Conrad Black, who also was prosecuted in a corruption case, filed legal briefs in support of Kelly and Baroni. Trump in 2019 granted a full pardon to Black, who was convicted in 2007 of fraud and obstruction of justice and spent 3-1/2 years in prison.

Kelly told Port Authority executive David Wildstein in an email a month before the traffic chaos that it was "time for some traffic problems in Fort Lee," and they helped invent a sham "traffic study" to justify the lane closures. Wildstein, the accused Bridgegate mastermind, was sentenced to probation in 2017 after pleading guilty and cooperating with prosecutors.