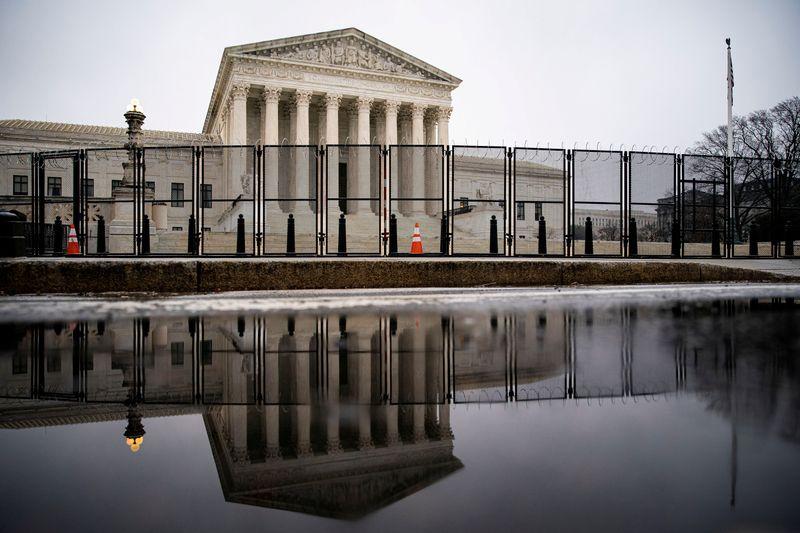 (Reuters) - The U.S. Supreme Court on Wednesday delivered a setback to a bid by the heirs of Jewish art dealers to win restitution from Germany in American courts for what they called a coerced sale forced by the former Nazi government in 1935 of a collection of precious medieval religious art.

The justices in a 9-0 ruling decided that the lawsuit cannot proceed under a U.S. law called the Foreign Sovereign Immunities Act that limits the jurisdiction of American courts in claims against foreign governments. They threw out a lower court's decision that had let the lawsuit move forward in federal court in Washington.

But while the justices decided that this law barred the claims that the heirs brought against a German agency that administers state museums, they directed lower courts to re-examine other arguments made in the case, meaning the lawsuit potentially could still proceed.

The case concerns a collection of ecclesiastical relics known as the Welfenschatz that was sold by the Jewish art dealers. The collection, dating primarily from the 11th to 15th centuries, includes gilded crosses and busts of saints. Pieces from the collection are on display at a museum in Berlin.

The heirs sued Germany and the Prussian Cultural Heritage Foundation, which oversees museums in Berlin, in 2015 in U.S. federal court, seeking the collection's return or $250 million. The plaintiffs said the 1935 sale was a vastly undervalued "sham transaction" made under duress by Jewish victims of Nazi persecution in the years before World War Two.

"The choice they faced was clear," the lawsuit said, "their property or their lives."

Wednesday's ruling rejected the argument by the heirs that Germany was not immune from their lawsuit under the Foreign Sovereign Immunities Act because the coerced sale was an act of genocide, in violation of international law.

Writing for the court, Chief Justice John Roberts said that law does not cover what a foreign country does to property belonging to its own citizens within its own borders.

"As a nation, we would be surprised - and might even initiate reciprocal action - if a court in Germany adjudicated claims by Americans that they were entitled to hundreds of millions of dollars because of human rights violations committed by the United States government years ago," Roberts wrote.

"There is no reason to anticipate that Germany's reaction would be any different were American courts to exercise the jurisdiction claimed in this case," Roberts added.

The Prussian foundation's own investigation found that the sale was a "voluntary, fair-market transaction," and a German commission that looks into Nazi-looted art agreed that it was not made under duress and the price reflected the Great Depression's effect on the art market.

A federal judge in Washington ruled against Germany in 2017. The U.S. Court of Appeals for the District of Columbia Circuit narrowed the case the following year, saying claims could proceed against the foundation but not against Germany's government itself.

The justices on Wednesday also threw out a separate lower court ruling that had allowed a similar lawsuit to proceed against Hungary that sought restitution for Jewish people whose property was forcibly taken as part of that nation's collaboration with its Nazi allies during World War Two.