NEW YORK (Reuters) - Individual U.S. states scrambled on Sunday to impose lockdowns to stem coronavirus spikes amid a lack of national leadership on how to curb infections until vaccines are widely available in the spring. Dr 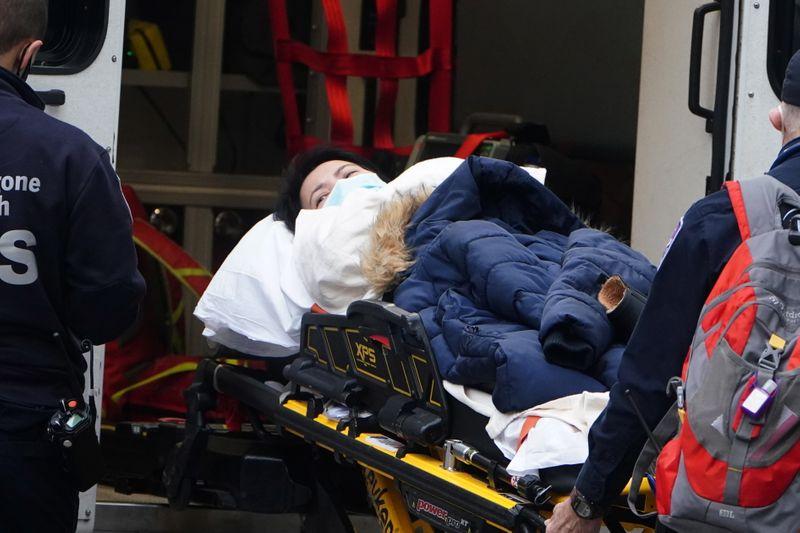 NEW YORK (Reuters) - Individual U.S. states scrambled on Sunday to impose lockdowns to stem coronavirus spikes amid a lack of national leadership on how to curb infections until vaccines are widely available in the spring.

Dr. Deborah Birx, the White House Coronavirus Task Force coordinator, expressed frustration on Sunday over the mixed messages coming from the Trump administration that are reflected in some Americans' perception about masks, social distancing and superspreader events.

"Right now, across the Sun Belt, we have governors and mayors who have cases equivalent to what they had in the summertime yet aren't putting in the same policies and mitigations that they put in the summer, that they know changed the course of this pandemic across the South," she said on NBC's "Meet the Press."

"So it is frustrating because not only do we know what works, governors and mayors used those tools to stem the tide in the spring and the summer," Birx said.

Only about half of the 50 U.S. states have enacted new restrictions in the last month as cases, deaths and hospitalizations hit record levels nationwide. Fourteen states do not mandate masks.

President-elect Joe Biden, a Democrat who defeated Donald Trump in the November election, has said that upon taking office on Jan. 20 he will enact mask mandates where he has authority, such as federal buildings and for interstate travel.

While many businesses are shutting down, Dr. Anthony Fauci, the nation's leading infectious disease expert, says schools should reopen before bars do and after health experts in Europe and Britain have found that children may have lower infectivity than adults.

In New York City, some public schools in the nation's largest school district prepared to reopen for daily in-person classes on Monday after a citywide campus shutdown. An estimated 190,000 children in programs geared for early childhood, elementary and special needs students will be eligible to return to classrooms, the city said.

In the nation's most populous state, California at 11:59 p.m. Sunday is shutting down bars, hair salons and barbershops, and allowing restaurants to remain open only for takeout and delivery service in Southern California and the San Joaquin Valley. The San Francisco Bay Area will also go into lockdown starting at 10 p.m. on Sunday night, under a different set of orders.

While individual states are rushing in often seemingly different directions, the nation as a whole is the grim leader in global infections and deaths. The United States is now reporting nearly 190,000 new infections on average each day and accounts for one in every 20 deaths reported worldwide each day. (Graphic: https://tmsnrt.rs/34pvUyi)