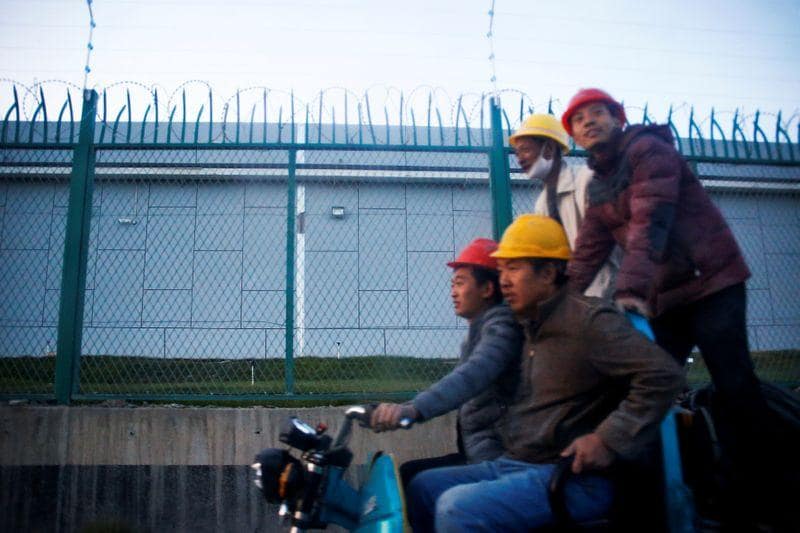 "The Three-Body Problem" and two sequels were written by Chinese author Liu Cixin. Netflix announced earlier this month that it was turning the books into a live-action, English-language TV series led by D.B Weiss and David Benioff, the creators of HBO megahit "Game of Thrones." Liu serves as a consulting producer on the project.

In a letter to Netflix, the senators pointed to comments by Liu to the New Yorker magazine in 2019 about China's clampdown on ethnic Uighurs and other Muslims in the Xinjiang region.

"If anything, the government is helping their economy and trying to lift them out of poverty," Liu said. "If you were to loosen up the country a bit, the consequences would be terrifying."

The United States and human rights groups have criticized China's treatment of the Uighurs. China’s foreign ministry has repeatedly denied the existence of internment camps in Xinjiang, calling the facilities vocational and educational institutions and accusing what it calls anti-China forces of smearing its Xinjiang policy.

In the letter to Netflix, senators led by Marsha Blackburn of Tennessee said the company's decision to adapt Liu's work amounted to "normalization" of the Chinese government's "crimes."

"In the face of such atrocities in (Xinjiang), there no longer exist corporate decisions of complacency, only complicity," they wrote.

The senators asked Netflix to "seriously reconsider the

implications of providing a platform to Mr. Liu in producing this project."

The Netflix streaming service is available in more than 190 countries but does not operate in China.