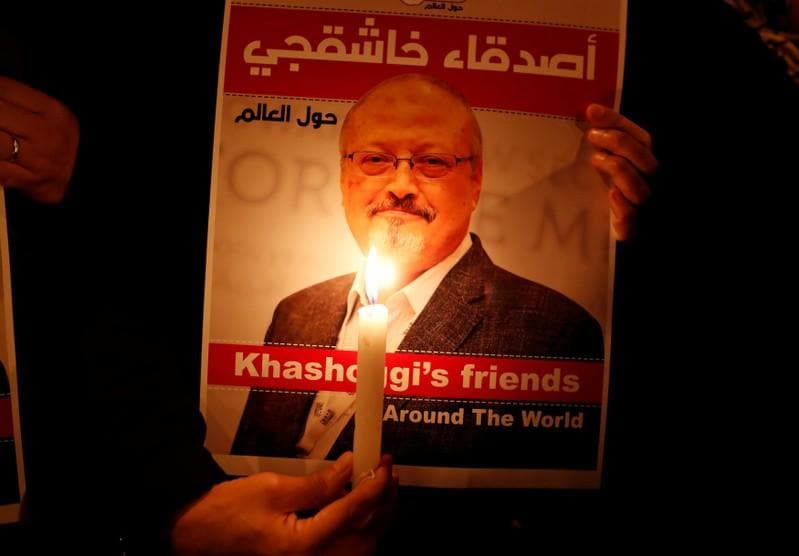 WASHINGTON (Reuters) - Democratic U.S. Senator Ron Wyden on Monday called on U.S. intelligence officials to publicly release a summary of their findings on the killing of Saudi Arabian journalist Jamal Khashoggi, Wyden said in a statement to Reuters.

In the wake of published reports that the Central Intelligence Agency believed Saudi Crown Prince Mohammed bin Salman had personally ordered Khashoggi's murder in Turkey in October, Wyden said U.S. spy chiefs should "come out and provide the American people and the Congress with a public assessment of who ordered the killing."

The CIA, relying mainly on circumstantial evidence and their experts' conclusion that the crown prince tightly controlled Saudi government actions, last week briefed Congress on its assessment that the prince ordered Khashoggi's assassination, sources familiar with the matter told Reuters.

Turkish authorities have leaked details of what they said were audio recordings of Khashoggi's murder inside the Saudi consulate in Istanbul on Oct. 2, where he went to collect documents for his forthcoming marriage. Some U.S. officials, including CIA Director Gina Haspel, have been given access to the recordings, the sources said.

U.S. President Donald Trump has said he has not listened to what he described as a "suffering tape" and has said the crown prince told him he had nothing to do with Khashoggi's murder.

Officials have said the Trump administration may issue a more formal statement on Tuesday about what U.S. agencies know about Khashoggi's killing and who was behind it. Khashoggi, a critic of the Saudi government, was a U.S. resident who wrote for the Washington Post.

At the United Nations on Monday, Turkish Foreign Minister Mevlut Cavusoglu discussed Khashoggi's murder with U.N. Secretary-General Antonio Guterres, but made no formal request for a U.N. investigation, a U.N. diplomat familiar with the conversation said.