By Ginger Gibson WASHINGTON (Reuters) - U.S. Senator Kirsten Gillibrand ended her bid for the Democratic nomination for president on Wednesday after failing to gain traction in opinion polls or qualify for the third debate. 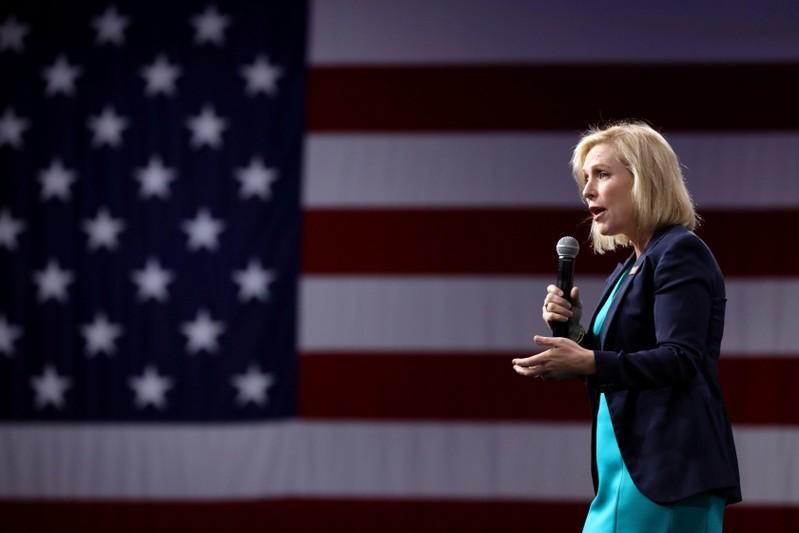 WASHINGTON (Reuters) - U.S. Senator Kirsten Gillibrand ended her bid for the Democratic nomination for president on Wednesday after failing to gain traction in opinion polls or qualify for the third debate.

"After more than eight months, and with clarity that she will not have access to the September debate stage, Senator Kirsten Gillibrand is suspending her campaign for president today," her campaign manager, Jess Fassler, wrote in a memo on Wednesday that was distributed to the media.

Gillibrand, 52, is the latest in a spate of Democrats to end their campaigns in the past month after failing to make headway in the crowded field of more than 20 contenders vying to challenge Republican President Donald Trump in the November 2020 election.

The New York lawmaker is not up for re-election to the Senate until 2024.

"Moving forward, Kirsten will focus on uniting our party and our country to beat Donald Trump, flip the Senate and elect women up and down the ballot—in addition to fighting as hard as ever for New York families in the U.S. Senate by continuing to take on the fights that others won’t," Fassler wrote.

Gillibrand did not make an endorsement with her departure, but would do so at some point, she told The New York Times.

"I will support whoever the nominee is, and I will do whatever it takes to beat Trump," she was quoted as saying.