WASHINGTON (Reuters) - U.S. Senate Majority Leader Mitch McConnell blamed Iran on Monday for the weekend attack on a Saudi Arabian oil facility and called for an international response. 'I hope our international partners will join us in imposing consequences on Iran for this reckless, destabilising attack,' McConnell, a Republican, said as he opened the U.S 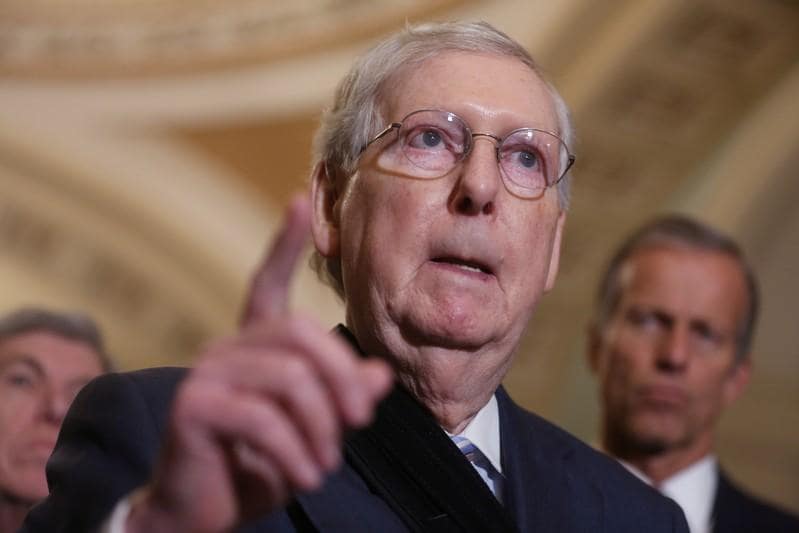 "I hope our international partners will join us in imposing consequences on Iran for this reckless, destabilising attack," McConnell, a Republican, said as he opened the U.S. Senate.