By Patricia Zengerle WASHINGTON (Reuters) - The Republican leader of the U.S. Senate said on Wednesday that civilian leader Aung San Suu Kyi remains the best hope for Myanmar and that it would not be helpful for Congress to join an international 'pile-on' against her over a military crackdown on the country's Rohingya Muslims 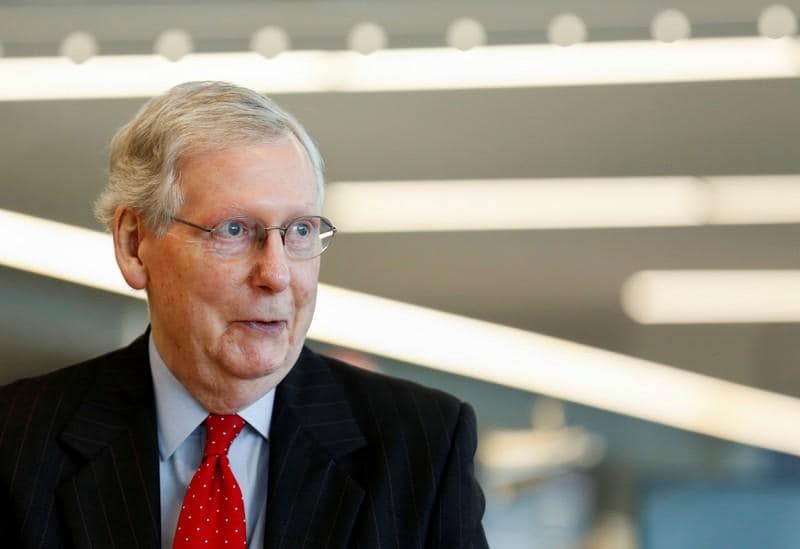 WASHINGTON (Reuters) - The Republican leader of the U.S. Senate said on Wednesday that civilian leader Aung San Suu Kyi remains the best hope for Myanmar and that it would not be helpful for Congress to join an international "pile-on" against her over a military crackdown on the country's Rohingya Muslims.

"The pile-on has been quite obvious. It’s also noteworthy that it hasn’t done any good," Majority Leader Mitch McConnell said in an interview with Reuters. "And I just don’t think joining that and further undercutting the best hope we have for genuine Burmese democracy in the future is good policy."

The United States was a strong backer of Suu Kyi as she emerged in the 1980s as a pro-democracy icon who endured years of house arrest for standing up to military rule in Myanmar, also known as Burma, and was awarded the Nobel Peace Prize.

She and McConnell have had a close relationship for years, and he has an enduring interest in the country.

When asked whether Congress should press Suu Kyi to voice support for pardoning two Reuters journalists convicted of violating an official secrets law, McConnell did not rule out the possibility.

So far he has not allowed Senate votes on legislation to punish or condemn Myanmar's action against the Rohingya.

Asked what might change his stance, McConnell said he did not see a "helpful" role for Congress to take action.

"I think the Secretary of State is continuing to work on it. I don't think Congress (having) some resolution of condemnation or whatever beyond the sanctions that have already been imposed on individuals...by the administration, is going to be helpful," he said.

Global pressure has been mounting on Myanmar - and Suu Kyi - to act after a crackdown in Rakhine state last year drove some 700,000 of the largely stateless Rohingya Muslim minority over the border into Bangladesh.

Myanmar has denied most accusations of human rights abuses, saying the military responded to a legitimate threat from Rohingya militants who attacked police posts.

Governments and human rights advocates around the world also have been calling for the release of the two Reuters journalists, Wa Lone and Kyaw Soe Oo, who were convicted on Sept. 3 and sentenced to seven years' imprisonment in a case seen as a test of the country's democracy.

The two reporters, who pleaded not guilty, were investigating the killing of 10 Rohingya villagers by the Myanmar security forces, at the time of their arrest.

Suu Kyi has been criticized for failing to use her moral authority to protect civilians, and there have been calls for her to be stripped of her Nobel Peace Prize. She was also sharply rebuked by the United States after she said the journalists' imprisonment had nothing to do with freedom of expression.

A U.N. report released in August accused Myanmar's military of genocide and called for the Security Council to impose an arms embargo, impose targeted sanctions and set up an ad hoc tribunal to try suspects or refer them to the International Criminal Court.

A U.S. State Department report released last month accused Myanmar's military of waging a "well-planned and coordinated" campaign of mass killings, gang rapes and other atrocities against the Rohingya, but stopped short of calling it genocide or crimes against humanity.

Myanmar officials did not respond to the U.S. report.

The United States has imposed sanctions on a handful of military and police commanders in Myanmar.