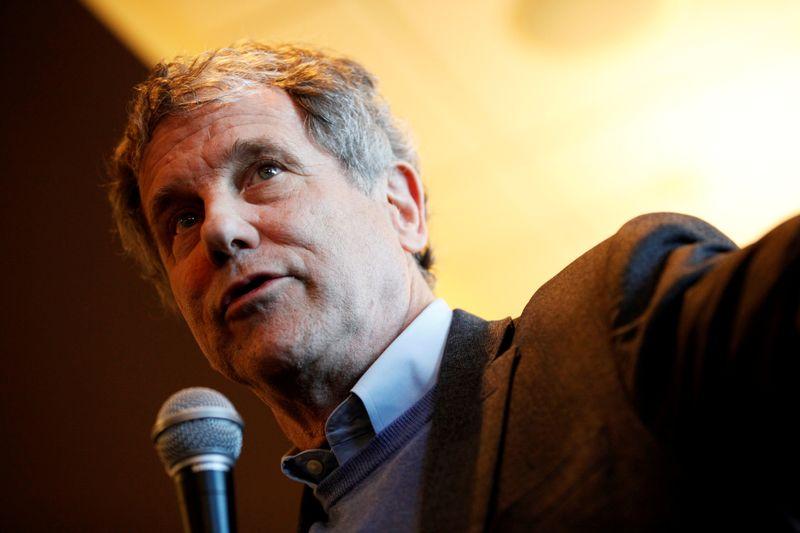 Introduced by Senate Banking Chairman Sherrod Brown, the resolution aims to undo a Securities and Exchange Commission (SEC) rule which investors say curbs their power to push for corporate action on issues like climate change and compensation.

The resolution was introduced under the Congressional Review Act which requires only a simple majority vote in both chambers of Congress to reverse recently finalized rules. Democrats hold slim majorities in the House of Representatives and the Senate.

In a major win for the corporate lobby which had pushed for changes to overhaul shareholder voting rights, the SEC in September raised the stock ownership threshold at which investors can force a shareholder vote on specific issues.

It said it was modernizing its rules to stop resolutions hanging around on corporate ballots with diminishing support, but critics saw it as an attempt to stifle shareholder activism on environmental, social or corporate governance issues.

The SEC, now led by Democratic acting chair Allison Lee, who voted against the September rule, declined to comment.

Barbara Roper, a director at the Consumer Federation of America, applauded Friday's move, noting that under the Congressional Review Act the SEC would be forbidden from writing a similar rule in future.

"This is a rule that is ideally suited for CRA. It is designed to dramatically curtail shareholder rights and discriminates against retail investors," she said

Speaking to Reuters on Friday, a staff member in the office of congressman Jesus "Chuy" García, who is backing the earlier resolution in the House, said Democrats had the votes in both chambers to get it through.

"Undoing this measure protects Americans in red and blue states, who equally agree that states should have interest rate caps," said the staff member, who spoke on condition of anonymity. "The Trump-Era True Lender Rule discouraged these state-set caps, and it's time we repeal the harmful rule and enable states to put a stop to predatory lending."