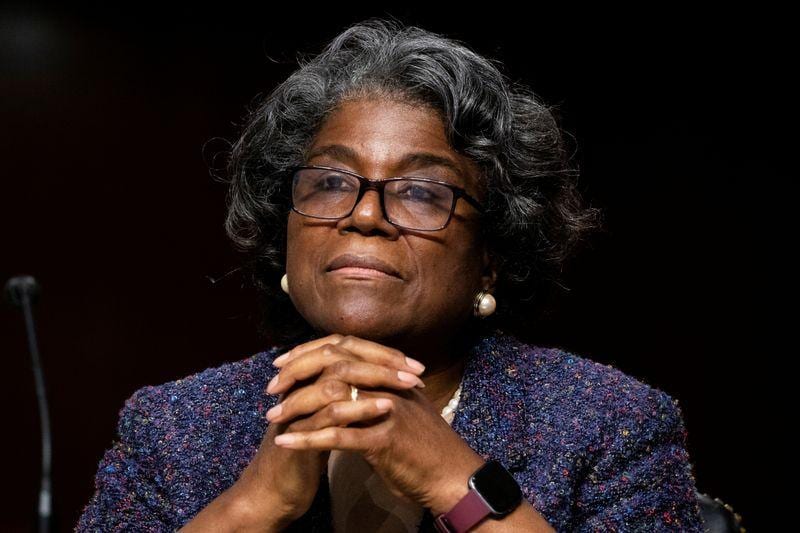 The 100-member Senate backed Thomas-Greenfield by 78 to 20 to be Washington's representative at the world body and a member of Biden's cabinet, comfortably exceeding the simple majority needed.

All of the no votes came from Republicans.

Thomas-Greenfield, 68, is a 35-year veteran of the Foreign Service who has served on four continents, most notably in Africa.

Republicans who opposed her nomination focused on a 2019 speech she gave that some said was favorable to Beijing. Thomas-Greenfield and her supporters pushed back, citing her decades as a diplomat seeking to increase U.S. influence and counteract China's.

At her confirmation hearing in late January, she stressed the importance of U.S. re-engagement with the 193-member United Nations in order to challenge efforts by China to "drive an authoritarian agenda."

China has been working to gain greater global influence in a challenge to traditional U.S. leadership, often by providing loans to developing nations in Africa and elsewhere that tie them closer to the Beijing government.

"Ambassador Thomas-Greenfield has a long history of expressed opposition to China's use of debt trap tactics and its increasingly malign presence in world governance bodies," Democratic Senator Bob Menendez, chairman of the Senate Foreign Relations Committee, said as he urged support.

Tension between the two superpowers hit a boiling point at the United Nations last year over the coronavirus pandemic, as former President Donald Trump, a Republican, pulled the United States back from international organizations as part of his "America First" foreign policy agenda.

Biden has stressed his support for multilateralism in foreign policy, not just by picking a veteran diplomat for the U.N. post, but restoring it to a Cabinet role.