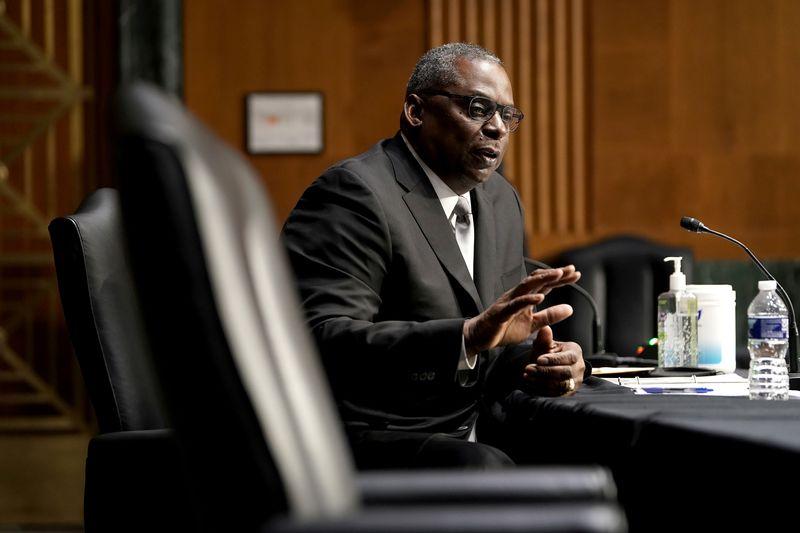 The vote was 93-2 in the 100-member chamber, far more than the simple majority needed.

Lawmakers from both parties said they were pleased that Austin would be installed to lead the Pentagon just two days after Biden was sworn in as president.

After a smooth transition to Biden's new administration was impeded by former Republican President Donald Trump's insistence that he had won the Nov. 3 election, Biden's fellow Democrats - and some Republicans - have been pushing to confirm the new president's national security team as quickly as possible.

Senator Jack Reed, the incoming Democratic chairman of the Senate Armed Services Committee, noted the wide range of challenges facing the country - including the coronavirus pandemic and competition with China and Russia.

"General Austin is an exceptionally qualified leader with a long and distinguished career in the U.S. military," Reed said before the vote.

"We have China and Russia out there with capabilities that we didn't really believe we would find ourselves with," said Senator James Inhofe, the outgoing Republican chairman of the armed services panel, also urging support for Austin.

Members of Congress on Thursday overwhelmingly approved a waiver allowing Austin to lead the Pentagon even though he had not cleared the required seven-year waiting period since leaving the uniformed services - a law intended to guarantee civilian control of the military.

Austin, 67, built a reputation as a razor-sharp leader who avoided the spotlight during his distinguished four-decade career in uniform, including time heading Central Command, which oversees U.S. troops across the Middle East.

Austin had a smooth Senate confirmation hearing on Tuesday. Two weeks after rioters, some identified as white supremacists, stormed the Capitol in opposition to Trump's election defeat, Austin said he would work to get rid of "racists and extremists" from the military's ranks.

Officials have expressed dismay that several of those arrested and charged - some of whom used military tactics - have served in the armed forces.

Republican Senators Mike Lee and Josh Hawley were the only ones to vote against Austin's confirmation. Aides to the two senators did not immediately respond to requests for an explanation of their votes.

Hawley was involved in a Republican effort to block the certification of Biden's election victory. Some Democrats have called for an ethics investigation of his conduct in light of the Jan. 6 storming of the U.S. Capitol by Trump supporters as Congress certified the results.

Lee was not part of the effort to block the certification.

Austin's nomination also prompted questions about his former position on the board of defense contractor Raytheon Technologies Corp . Austin has pledged to fully divest from Raytheon within 90 days of his confirmation.