WASHINGTON (Reuters) - The top U.S. military officer said on Wednesday it was too early to talk about the future of U.S. 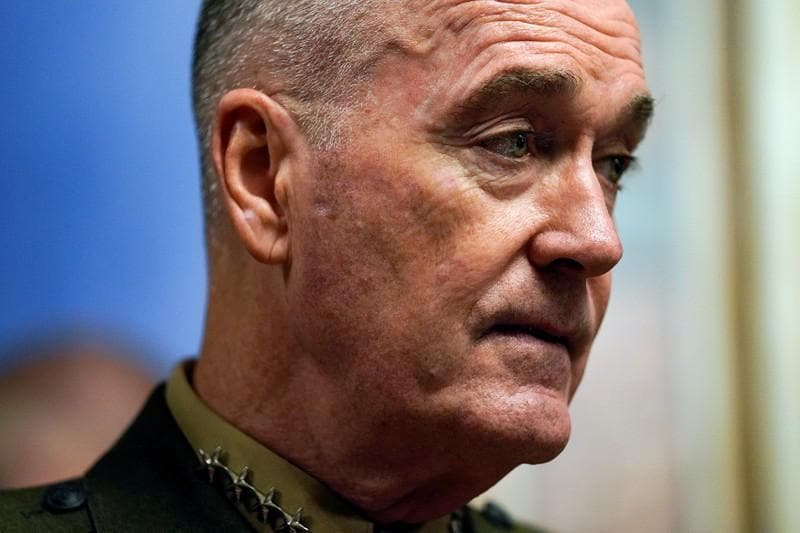 WASHINGTON (Reuters) - The top U.S. military officer said on Wednesday it was too early to talk about the future of U.S. counterterrorism forces in Afghanistan, as U.S and Taliban forces appear close to an agreement to end the 18-year war.

Negotiations over how to end the 18-year war in Afghanistan have been held in Doha, capital of Qatar, since late last year. The ninth round of talks began last week.

"I am not using the withdrawal word right now," Marine General Joseph Dunford, chairman of the Joint Chiefs of Staff, told reporters at the Pentagon.

"I'm using: We're going to make sure that Afghanistan is not a sanctuary and we're going to try to have an effort to bring peace and stability to Afghanistan," he added.

The Taliban said on Wednesday it was close to an agreement with U.S. officials on a deal that would see U.S. forces withdraw from Afghanistan in exchange for a Taliban promise that the country would not become a haven for international militants.

"I honestly think it's premature to talk about what our counterterrorism presence in Afghanistan may or may not be without a better appreciation for what will the conditions (be)," Dunford said.

The United States went to war in Afghanistan in response to the Sept. 11, 2001, attacks on New York and the Pentagon, seeking to oust the Taliban militants harbouring al Qaeda leader Osama bin Laden, who led plans to carry out the attacks. About 2,400 U.S. forces have been killed in the conflict.

Some 14,000 U.S. troops remain in Afghanistan, among whom about 5,000 are dedicated to counter-insurgency operations.

Dunford said that in the current security environment, local Afghan security forces needed U.S. support to deal with the violence.

"If an agreement happens in the future, if the security environment changes, then obviously our posture may adjust," Dunford said.

The Taliban now controls more territory than it has since 2001 and the war has ground to a stalemate, with casualties rising among civilians as well as combatants.